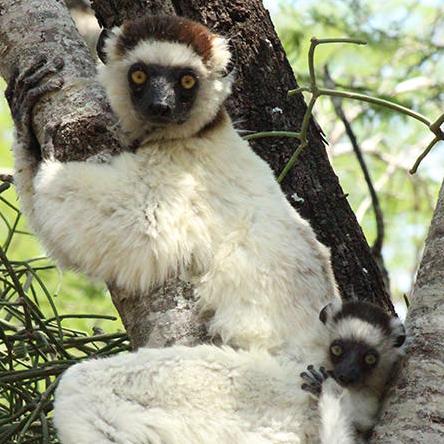 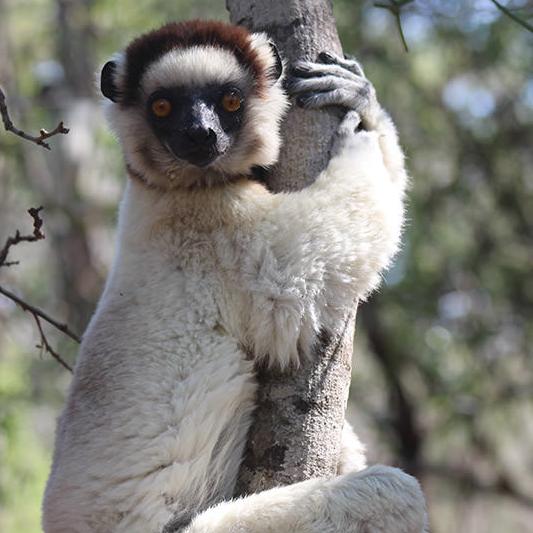 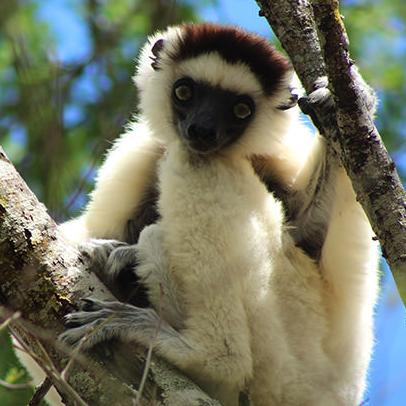 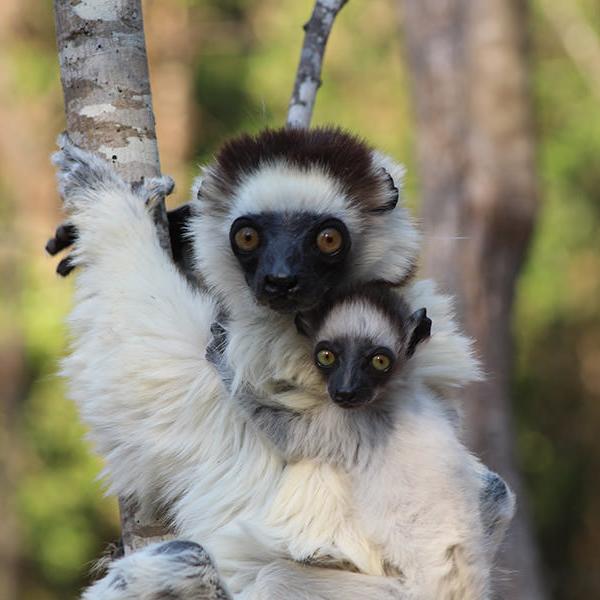 The sifaka lemur (Propithecus verreauxi) has been studied at the Bezà Mahafaly Special Reserve in southwest Madagascar since 1984. The Yale Peabody Museum hosts the Sifaka Database covering this research, which includes information on over 750 individuals from a wild population of Propithecus verreauxi that were captured, marked, released, and monitored at Bezà Mahafaly between September 1984 and March 2012. Its purpose is to support research, serve as a resource for teaching, and contribute to the conservation of biodiversity in and around the Bezà Mahafaly Special Reserve. The Reserve is the focus of a longstanding, community-based conservation partnership. Additional information about partnership activities can be found on its website here.

The Sifaka Database is accessioned in the Yale Peabody Museum collections under a collaborative agreement between the Peabody and the Ecole Supérieure des Sciences Agronomiques (ESSA), Université d’Antananarivo, in Madagascar. Primary and secondary sources are stored digitally in the Peabody Museum’s collections database.

We encourage you to explore the Sifaka Database. For access and general conditions of use contact Peabody Collection Manager Kristof Zyskowski or Jeannin Ranaivonasy at ESSA. Access procedures and conditions can also be found here.

The Sifaka Database is made up of the following components.

1. There are 7 tables in Excel spreadsheets that include:

2. These same 7 tables in an Access database that allows users to establish links by individual ID, social group, and date.

5. Dental casts, molds, and digital scans of a subset of captured individuals.

Examples of tables are given here. See the Sifaka Data Manual for more information about the database and data collection methods.

The Bezà Mahafaly Special Reserve also houses an Osteological Collection that includes sifaka remains of the study population found in the forest. An inventory of the collection can be found here.

Information from the Sifaka Database has been contributed to the Primate Life History Database, which includes longitudinal data from 7 populations of wild primates.

How to cite the database:

The Sifaka Database Steering Committee provides general oversight. The Committee has 7 members, is chaired by a Yale Peabody Museum curator, and includes contributing researchers in Madagascar and the United States, and Peabody professional management staff.

Contributors to the Database

The original database was created and managed by Marion Schwartz, accessioned to the Yale Peabody Museum as the Schwartz Database in 2014, and is now in the Museum’s digital archives. The Sifaka Database builds on the Schwartz Database, standardizing certain features and extending it in scope.

The sifaka monitoring program was established by Alison Richard and Pothin Rakotomanga in 1984. When M. Rakotomanga retired in 1996, Joelisoa Ratsirarson became co-director of the program with Alison Richard, with the assistance of Jeannin Ranaivonasy. From 2005, staff of Madagascar National Parks stationed at the Bezà Mahafaly Special Reserve provided active support to the monitoring program.

From 1993, annual grants to support the Partnership for Community-based Monitoring and Conservation of Biodiversity in Southwest Madagascar were provided by the Liz Claiborne Art Ortenberg Foundation to Joelisoa Ratsirarson and Alison Richard. Since 2014, these grants have been made to Joelisoa Ratsirarson alone. Research and monitoring activities were also supported by the US National Science Foundation, World Wildlife Fund, Margot Marsh Biodiversity Foundation, and Schwartz Family Foundation Trust.