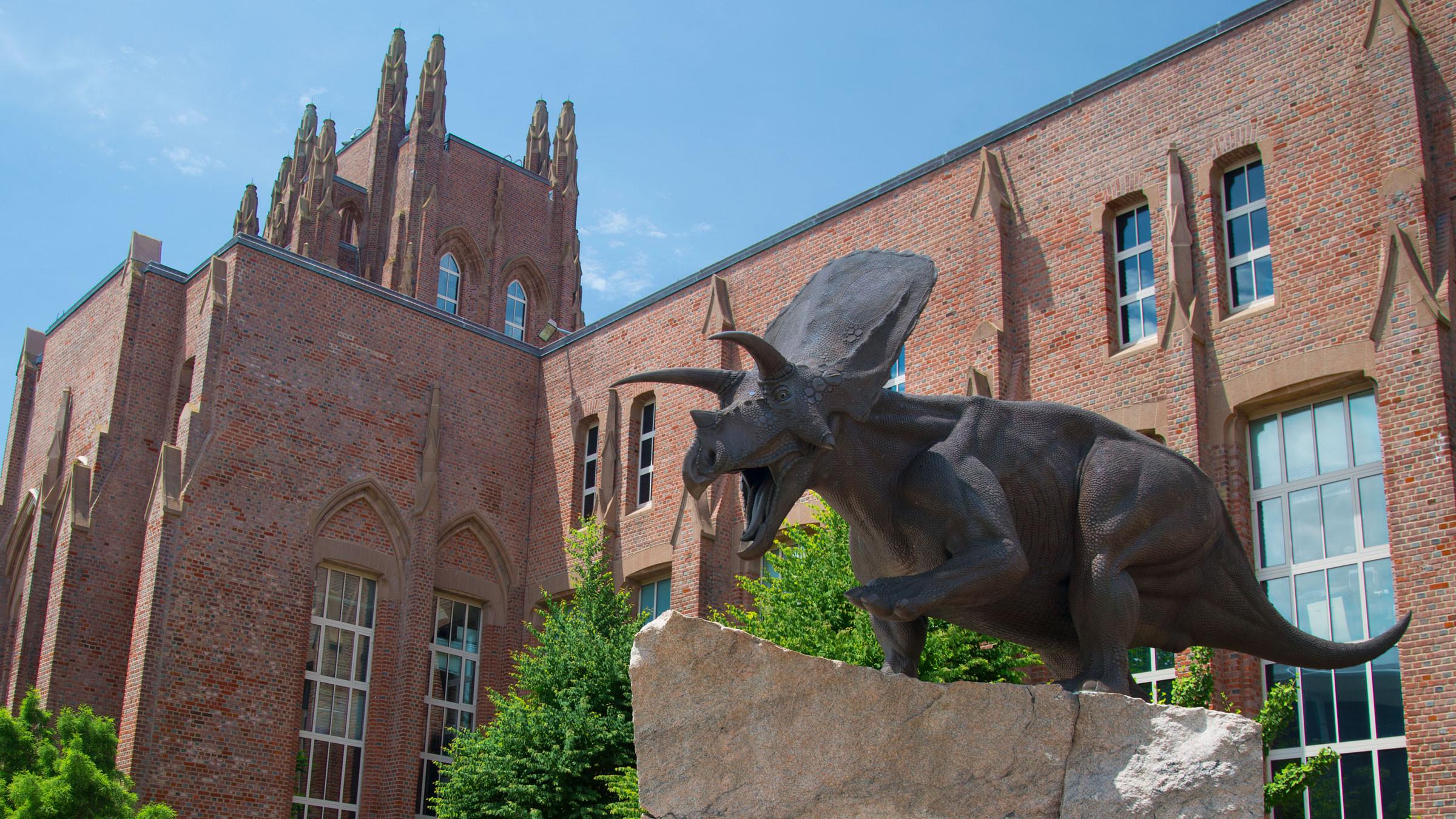 Yale University’s earliest collection began in the 18th century as a miscellaneous assortment of “natural and artificial curiosities” typical of college collections of the time. Systematic collecting for teaching and research started in 1802 with the appointment of Benjamin Silliman as Professor of Chemistry and Natural History. The outstanding mineral collection Silliman built for Yale became an important source of public entertainment and one of the main attractions for visitors to New Haven.

Silliman’s activities helped to establish Yale as a major center of scientific education in the early 19th century. This reputation attracted Othniel Charles Marsh, whose education was funded by his uncle, the international financier George Peabody. Marsh persuaded his uncle to include Yale in his philanthropies and in 1866 the Peabody Museum of Natural History at Yale University was founded. 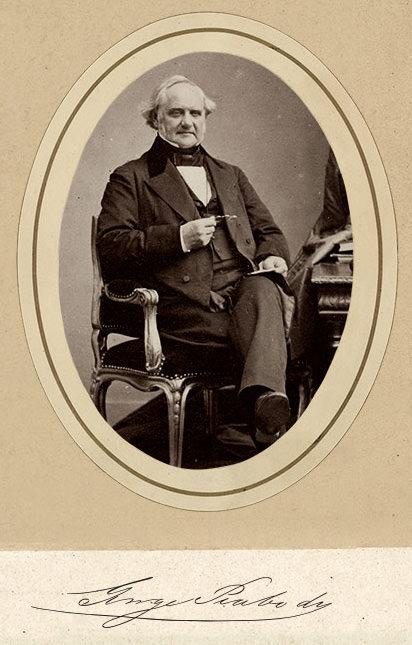 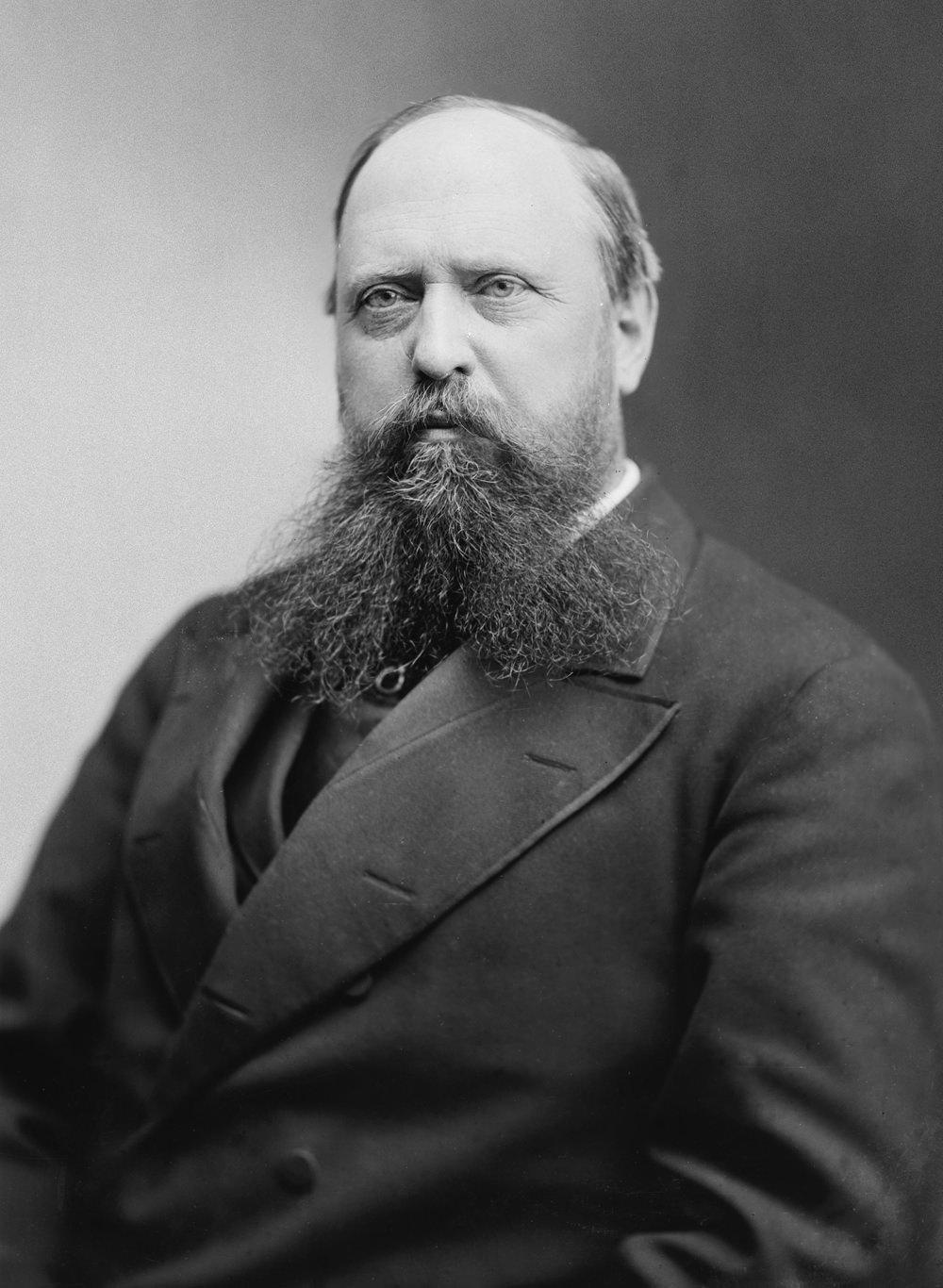 O.C. Marsh was appointed Professor of Paleontology, the first in the United States, and only the second in the world. He served, as Curator of Geology, as director of the Peabody Museum and, with George Jarvis Brush (Mineralogy) and Addison Emery Verrill (Zoology), was one of the Museum’s first three curators. Using his inheritance from his uncle, Marsh amassed large collections of vertebrate skeletons, vertebrate and invertebrate fossils, fossil footprints, and archaeological and cultural materials. 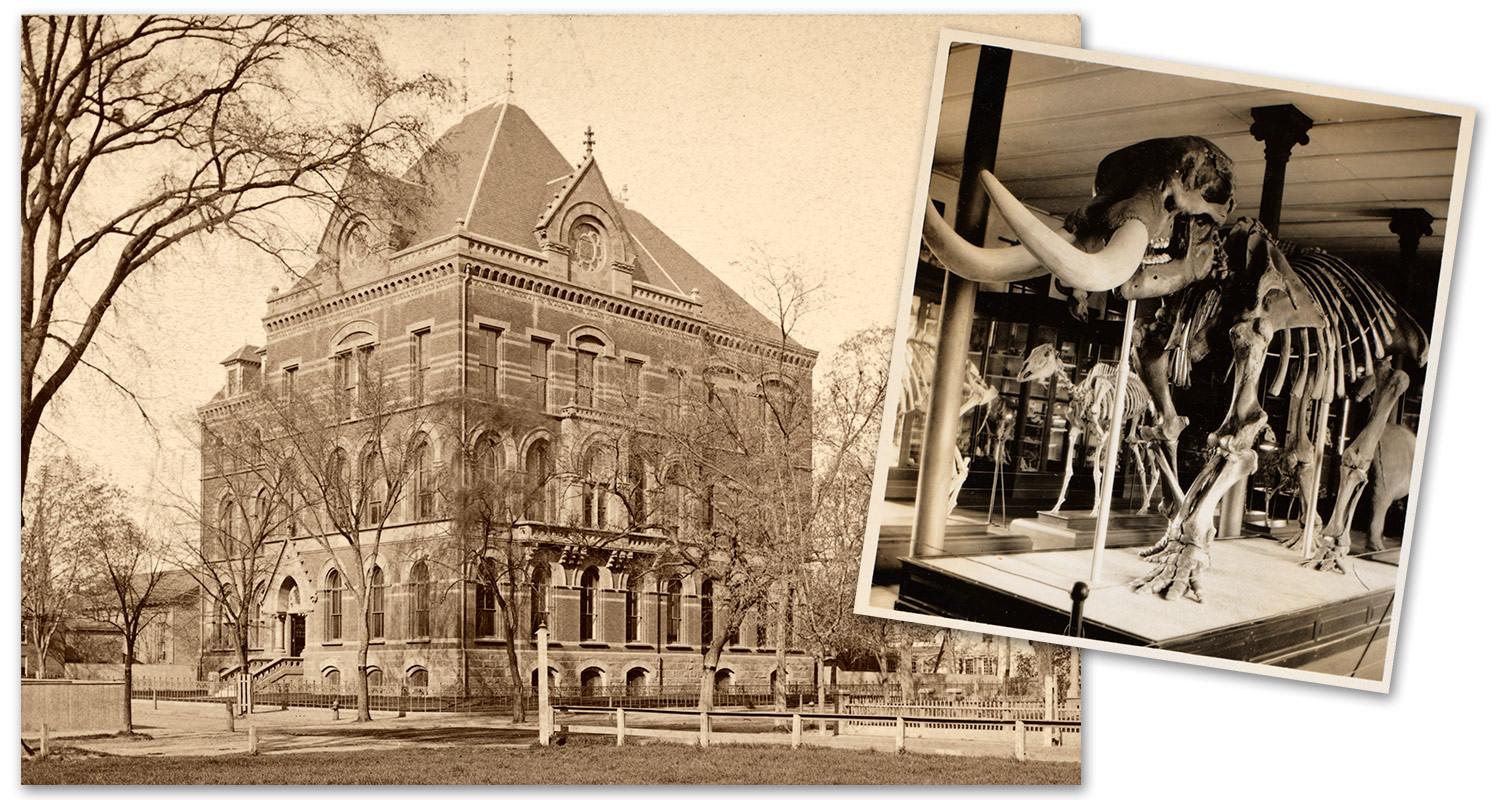 The first Peabody Museum building, opened in 1876, was soon strained by the huge dinosaur bones that Marsh’s collectors were sending to the rapidly growing collections. In 1917 it was demolished, but a new building was delayed by World War I. The collections were nearly inaccessible until construction of the current building, dedicated in December 1925.

The new building’s two-story Great Hall was specifically designed for Marsh’s dinosaurs. The mounting of Brontosaurus was completed in 1931. In 1947 Rudolph F. Zallinger finished the 110-foot fresco secco painting that is probably the Yale Peabody Museum’s best-known feature, The Age of Reptiles mural. 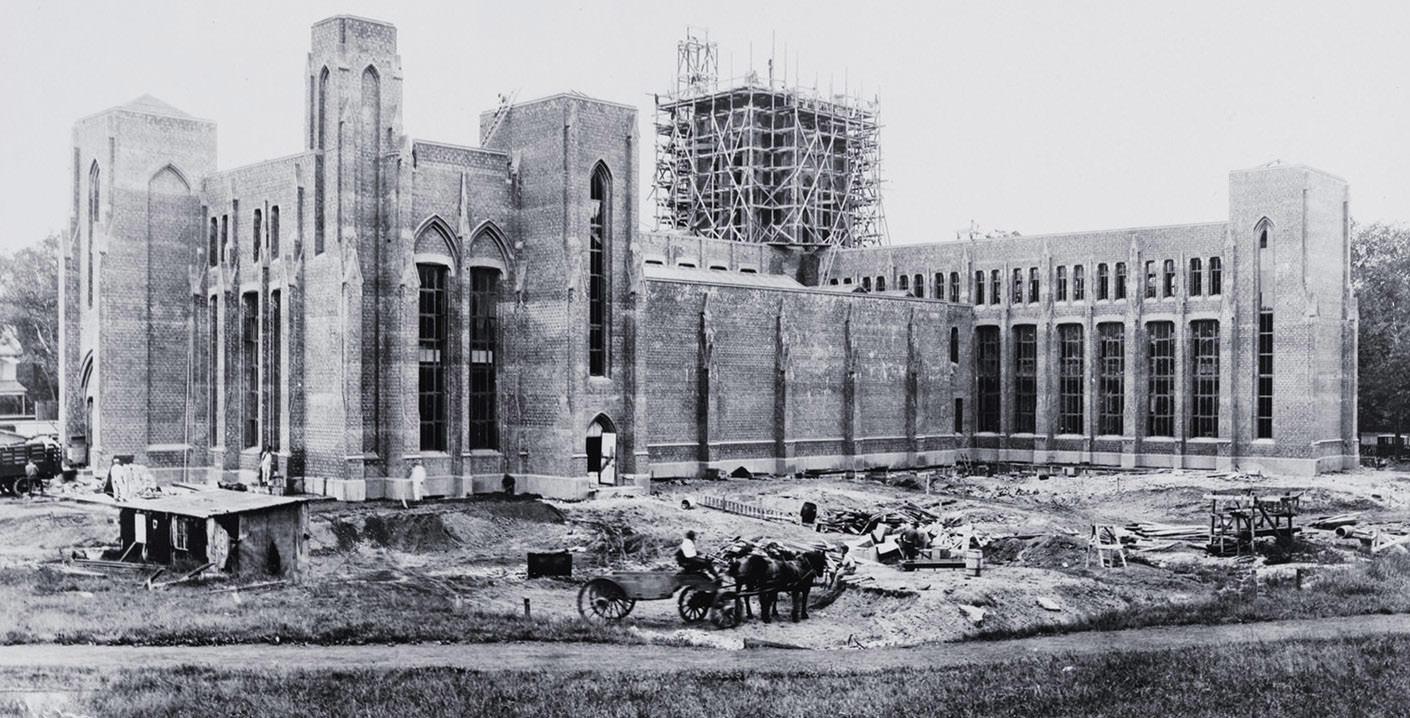 Construction of the current Peabody Museum in 1924 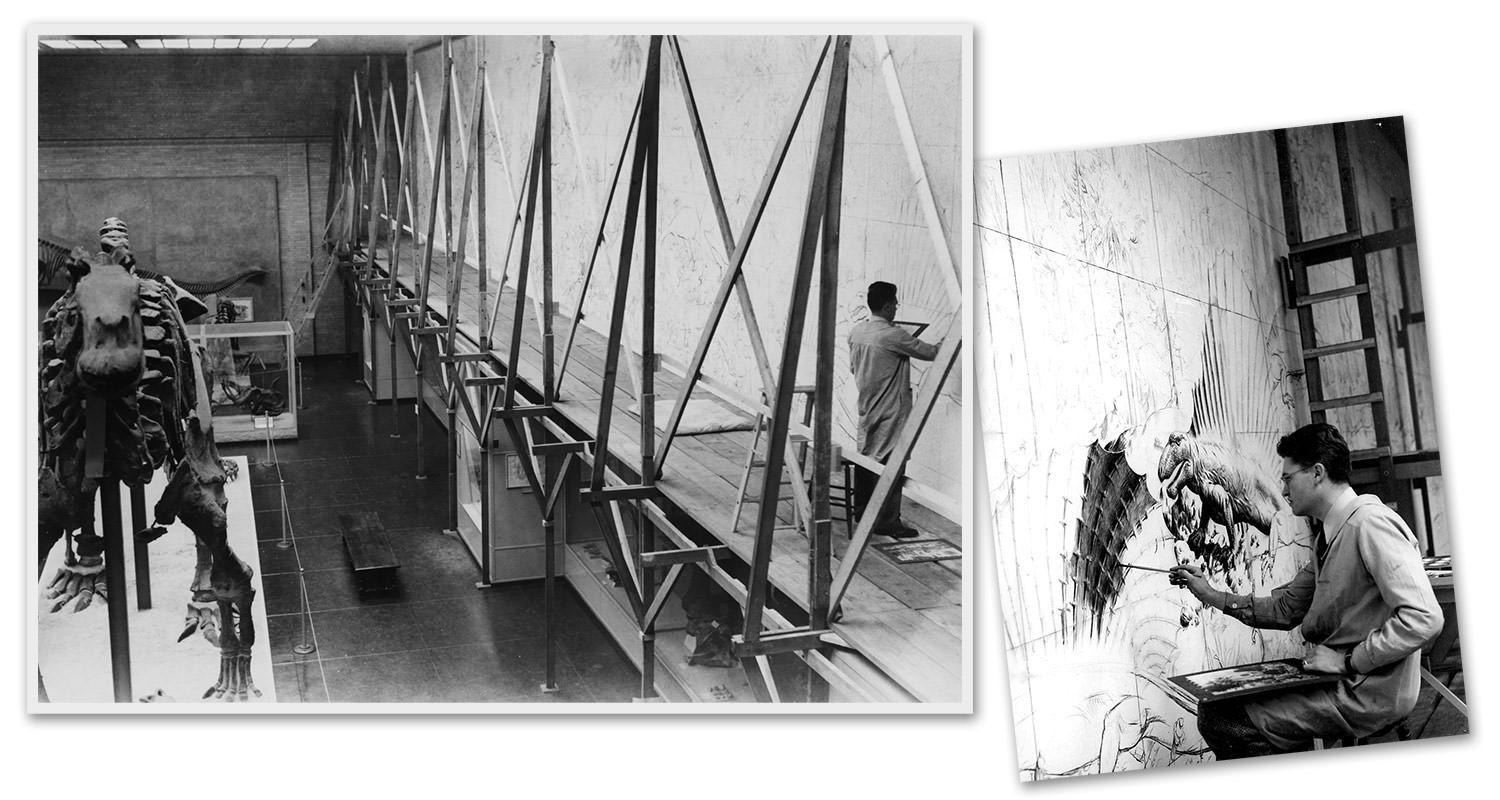 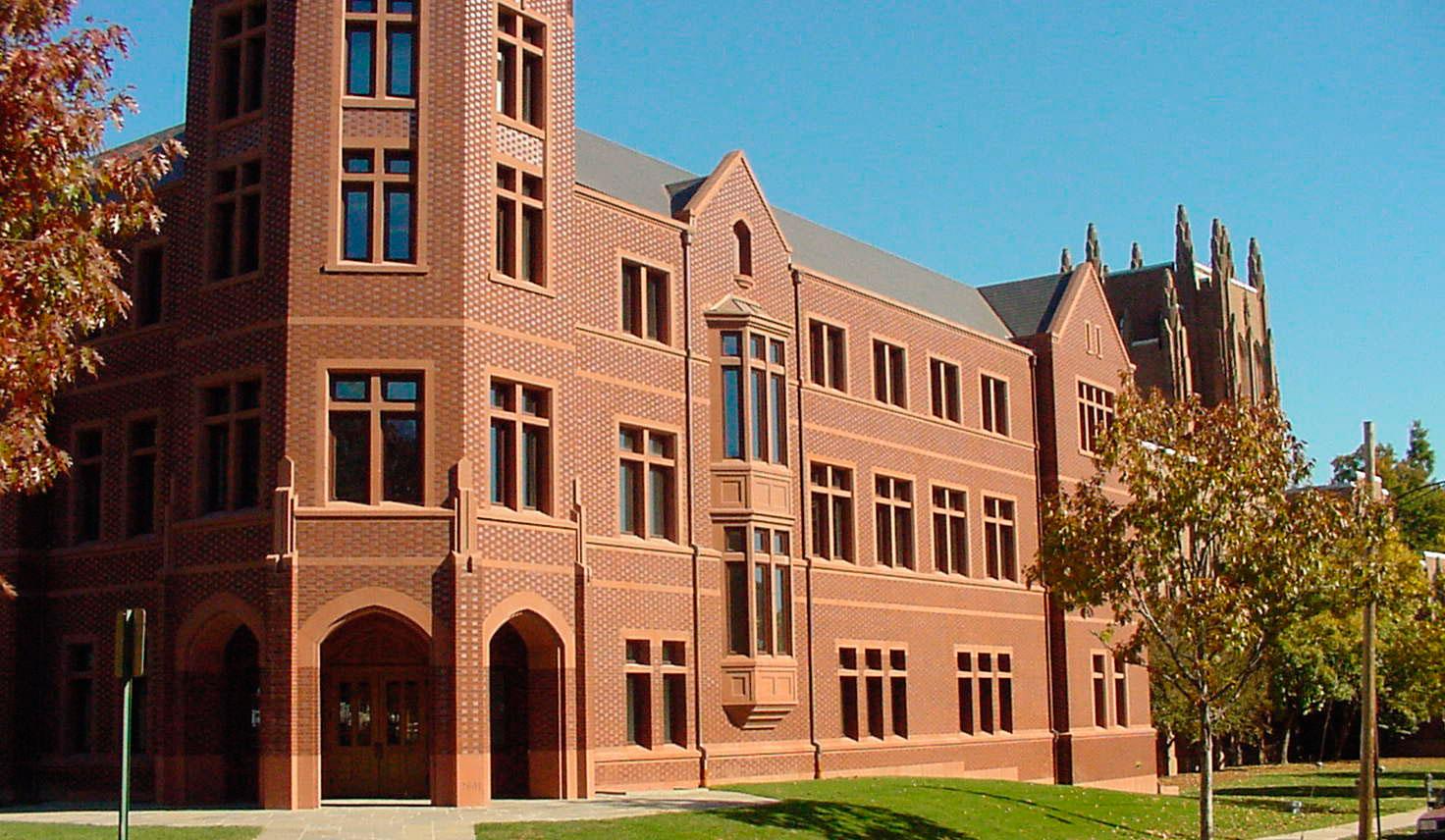 The new building also quickly filled with growing collections. Bingham Laboratory, opened in 1959, and the Kline Geology Laboratory, in 1963, provided storage, work, and classroom space. The Class of 1954 Environmental Science Center, dedicated in 2001, holds collections and has space for teaching and research. Collections and staff are also housed at Yale’s West Campus and a field station on Long Island Sound provides other research opportunities.

The Museum celebrated its sesquicentennial in 2016. A major renovation began in 2020 that will reinvent the Peabody for the 21st century and beyond. New and updated galleries and collection spaces will further establish the Yale Peabody Museum as a home for cutting-edge research, extraordinary education, and breathtaking exhibitions. We invite you to experience this incredible transformation with us. 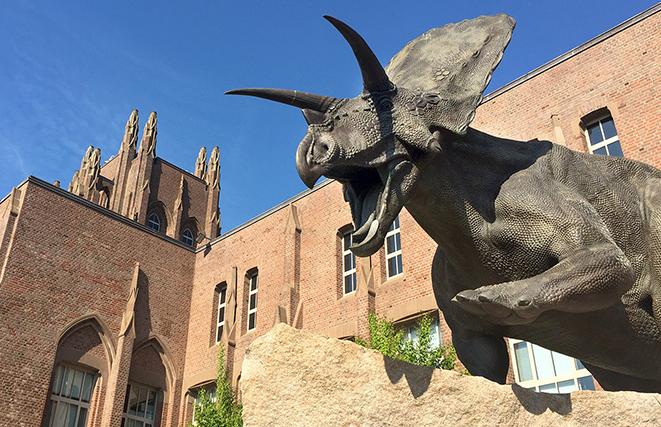 The Peabody at Yale

The Yale Peabody Museum fulfills important roles on the Yale University campus. With an expanded presence in the community and the region, the Museum offers a public “front door” to the University.

The Yale Peabody Museum, an administrative unit of Yale University that reports through the University’s Provost, operates under the authority of the Yale Corporation, which appoints the Director and members of the Museum’s Board of Curators of full-time Yale faculty on the nomination of the President.

The Museum integrates the academic expertise of its faculty curators with a professional full-time staff. The Director, aided by senior staff, is responsible for management.

A formal collaboration with the Yale Institute for Biospheric Studies and the School of the Environment recognizes the Yale Peabody Museum as a resource and catalyst for interdisciplinary research on Earth’s history and the environment, a partnership that seeks to strengthen intellectual ties for environmental research at Yale.

The Yale Peabody Museum’s collections, a major component of research and teaching at the Museum and across Yale, are used in undergraduate and graduate courses and research, as well as in public programs and exhibitions. Our curators and staff contribute new knowledge and make it available to the public and to specialized audiences.

Visit Peabody Evolved to learn about our transformative renovation.
Learn More
About Us