The mammals collection in the Yale Peabody Museum’s Division of Vertebrate Zoology is worldwide in coverage and used principally for teaching. It dates to the early days of the Museum in the mid-1800s and contains representatives of all mammalian orders, except neotropical marsupials (Paucituberculata and Microbiotheria). Holdings consists mainly of skins and skulls, with smaller numbers of postcranial skeletons and specimens preserved in alcohol. 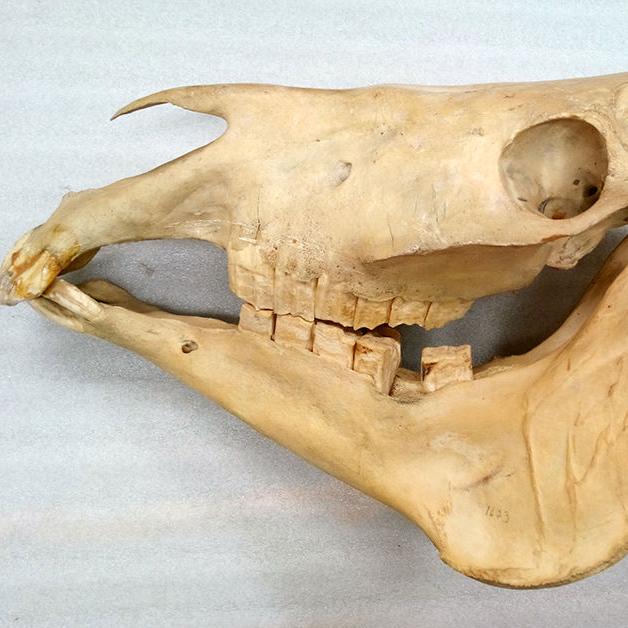 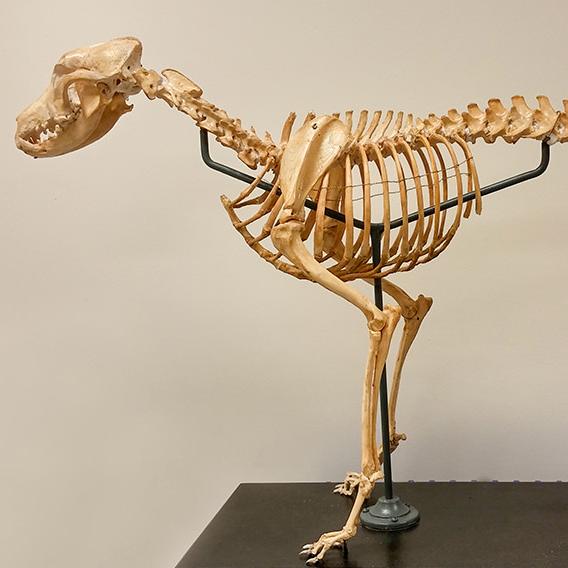 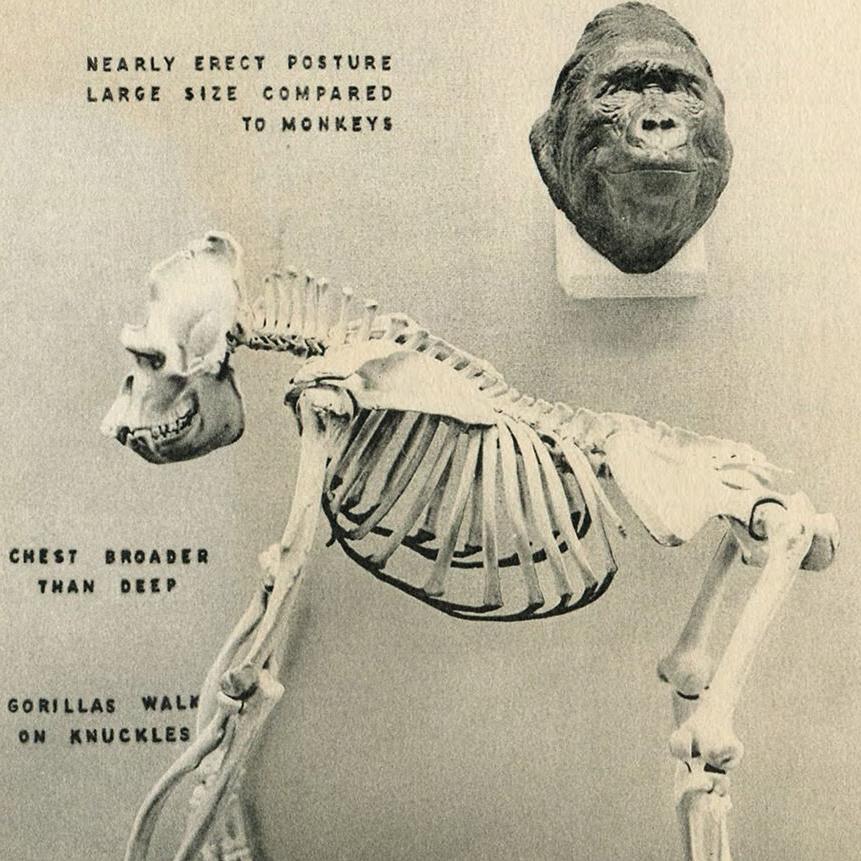 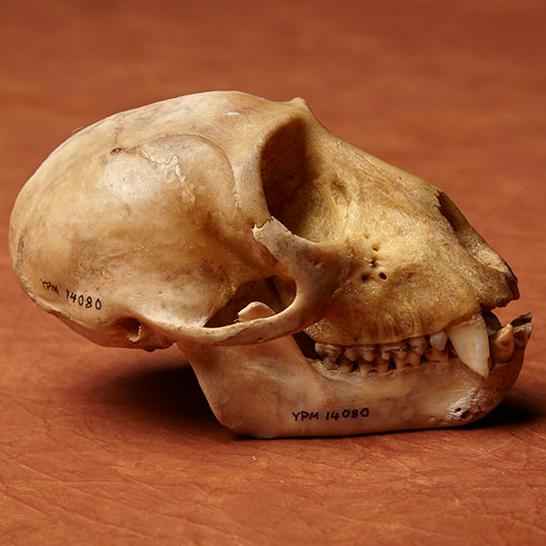 The mammalogy collection contains several rare and endangered species, including:

The mammalogy holdings were strengthened during the 20th century by purchases from Arizona and New Mexico in the United States, and from Ecuador; Roland Baker’s 1956 work in Coahuila, Mexico; material collected on the Morden African Expedition to Kenya in 1965; several expeditions to Canada;  and the Pennsylvania–Yale Expeditions to Egypt in the 1960s.

Stanley C. Ball carried the curatorial duties for the mammalogy collection through much of the 20th century until the appointment of Charles A. Reed as curator in 1961. Each of the 3 former curators—Charles A. Reed, John Kirsch, and J. David Archibald—donated specimens, as did Peabody preparators David Parsons, Rollin Bauer, and Fred Sibley.

The skeletal collection of mammals contains 4,776 specimens representing over 770 species. Historically important, it contains a disproportionate number of large animals, among them several tapirs, elephants, giraffes, African antelopes, and a large series of buffalo skulls from the 1870s.

Much of the skeletal material dates to before 1900 and was built by Othniel C. Marsh from his extensive collecting and research in the 19th century. The collection was initially created by Marsh for use as comparative material for his paleontological studies. Holdings of all modern vertebrates had been united into a single formal osteology division, but all skeletal specimens are now maintained within the Division of Vertebrate Zoology. 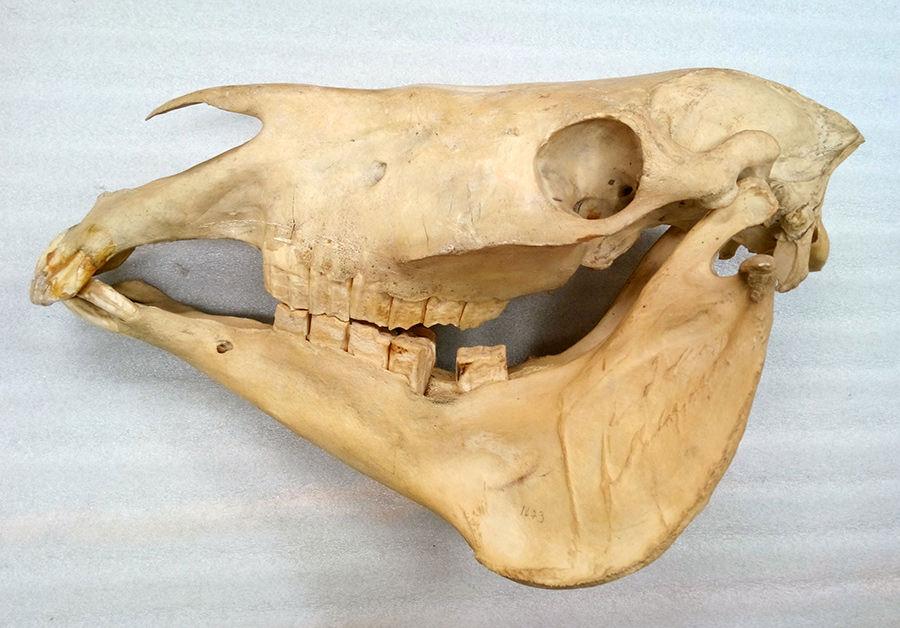 The collection holds 1 of only 7 known complete skeletons of the now extinct Quagga (Equus quagga quagga), a mare that lived at London’s Regent Park Zoo. Described by explorers of the 18th and early 19th centuries as the most horse-like and beautiful of the zebras—chestnut to light bay in body color and striped only on its head, neck, and forequarters—the Quagga was thought by many scientists to be a separate species.

However, DNA studies of skin and bone tissue samples taken from several of the 23 known Quagga specimens, including the Peabody’s specimen, for a study of zebra relationships showed that this extinct zebra represents the southernmost extreme in the north–south trend of stripe reduction. The Quagga is now generally regarded as a subspecies (or geographic variation) of the Plains Zebra (Equus quagga burchellii). 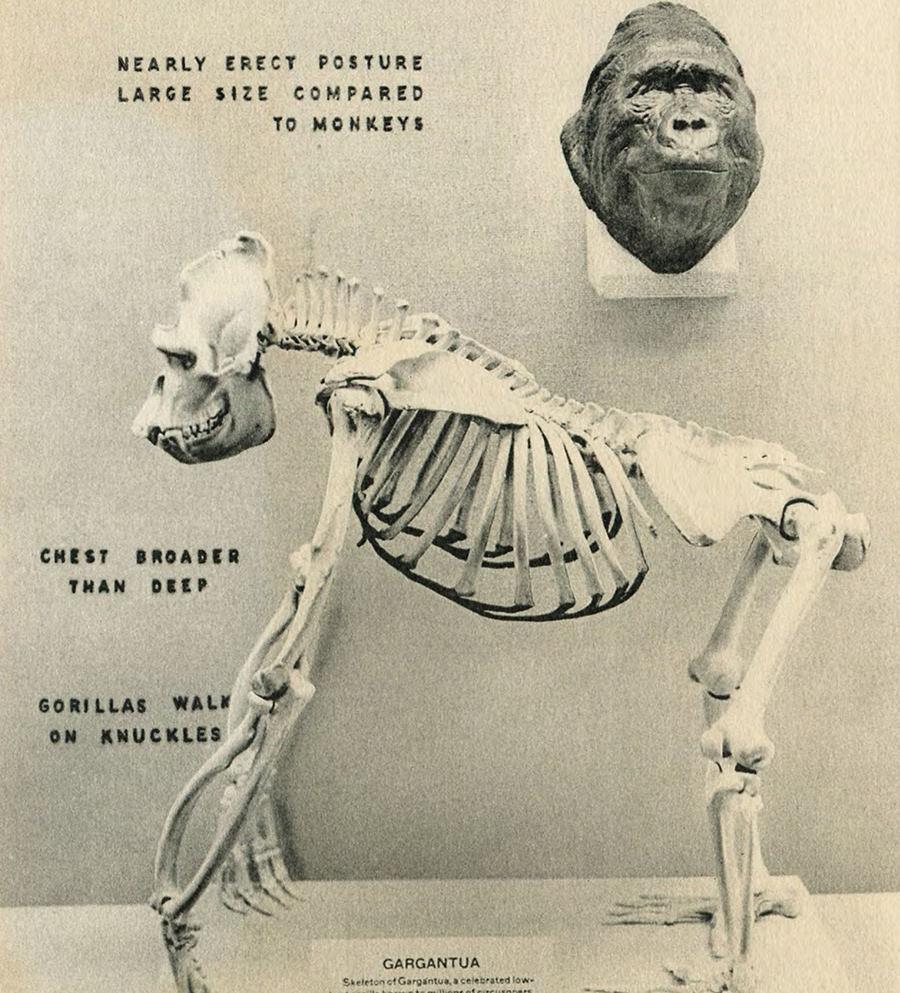 Gargantua the Great, probably the most famous circus animal of the 20th century, was a Lowland Gorilla orphaned when only a month old. He lived with missionaries in Africa until purchased by a sea captain who brought him to Boston in 1931. After being disfigured with nitric acid by a sailor with a grudge against the captain, the animal was bought by Gertrude Davies Lintz. She nursed him back to health, although his face was permanently disfigured and his mouth twisted into a fierce snarl. Lintz named him Buddha, “Buddy” for short.

In 1937, Lintz offered Buddy, who then weighed an estimated 460 pounds (209 kilograms), to the Ringling Bros. and Barnum & Bailey Circus. A delighted Henry Ringling North (Yale ’33) renamed him “Gargantua the Great” after one of the giants in the 16th century classical French story The Life of Gargantua and Pantagruel by François Rabelais. As “Gargantua,” Buddy was transformed into the greatest of circus attractions by a flamboyant advertising campaign that saved the circus from imminent bankruptcy. For 12 years the circus toured the country and millions stood in line to see him.

Buddy died of double pneumonia in November 1949 at the age of 20 and was donated to the Yale Peabody Museum in 1950. 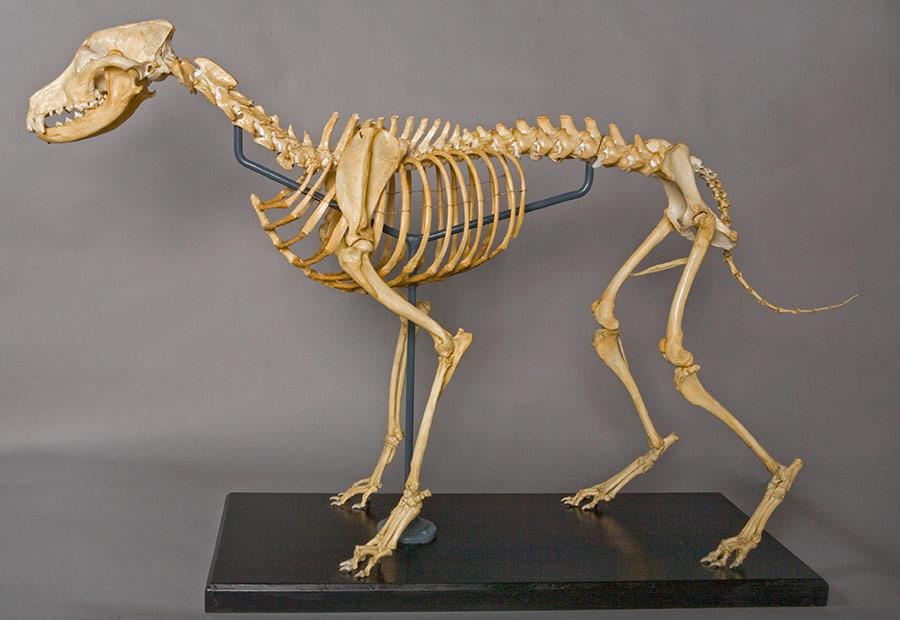 One of the Yale Peabody Museum’s more unusual, and probably unique, collections is the Leon F. Whitney Collection of Champion Show Dogs, known in the 1930s as the “Dog Hall of Fame.”

Leon Whitney was a local veterinarian, prolific writer on veterinary and other topics, developer of animal foods, breeder of bloodhounds, and student of genetics. In 1928, he proposed to the Peabody the establishment of a collection of champion dogs that would be a valuable reference for future study of genetic diversity and selective breeding, and to provide a record of the then current standards of the various breeds.

Whitney hoped that eventually the collection would include 1 or 2 specimens from each of the 85 or 90 breeds recognized by the American Kennel Club (and also samples of wild dog-like species). Using show catalogues as well as his knowledge of the dog world, Whitney requested that the owners of the dogs he wanted send them to the Peabody Museum when the animals died. By 1943, 49 champions had been received, 12 had been mounted (skins and skeletons) and put on display, and 32 others were promised.

World War II slowed work and eventually interest in the collection waned. The mounted specimens were taken off display and replaced by the North American dioramas on the Museum’s third floor. The collection has become an important scientific and historical resource. The champions dogs are among the most actively studied specimens in the mammal collection.

Holdings in the Division of Vertebrate Zoology’s mammalogy collection consist of 5,086 skins representing more than 720 species that date from the 19th century. Among the earliest specimens is a meadow vole collected at Woods Hole, Massachusetts, in 1855 by J.W.P. Jenks.

Research in the Mammology Collections

The Division of Vertebrate Zoology at the Yale Peabody Museum sponsors research on the morphology, evolution, development, biogeography, ecology, and behavior of vertebrates. Division staff and affiliates conduct field research on multiple continents. Additionally, molecular studies by staff have addressed population genetics, conservation, and the molecular systematics of vertebrates.