The collections of the Yale Peabody Museum’s Division of Invertebrate Paleontology are among the largest in North America in geographic, stratigraphic, and taxonomic representation. There are an estimated 4.5 million specimens arranged in both stratigraphic and systematic collections, including more than 25,000 type specimens and over 1,500 holotypes (the basis of new species descriptions).

The Division’s collections can be traced to the early history of Yale University and gained international stature with the establishment of the Peabody Museum in 1866. Yale’s first invertebrate paleontologist, Charles E. Beecher, developed one of the earliest classifications for trilobites and brachiopods. In the early 20th century, holdings grew enormously under Charles Schuchert and Carl O. Dunbar, who built a regional stratigraphic collection for teaching and exhibition, and later Karl M. Waage, who amassed a sizable collection from the deposits of the Western Interior Seaway. Currently, the Division is known for pioneering work in the processes of fossilization, notably exceptionally preserved fossils. We also focus on microfossil research, particularly as it relates to climate, diversity, and ocean ecosystems through geologic time. 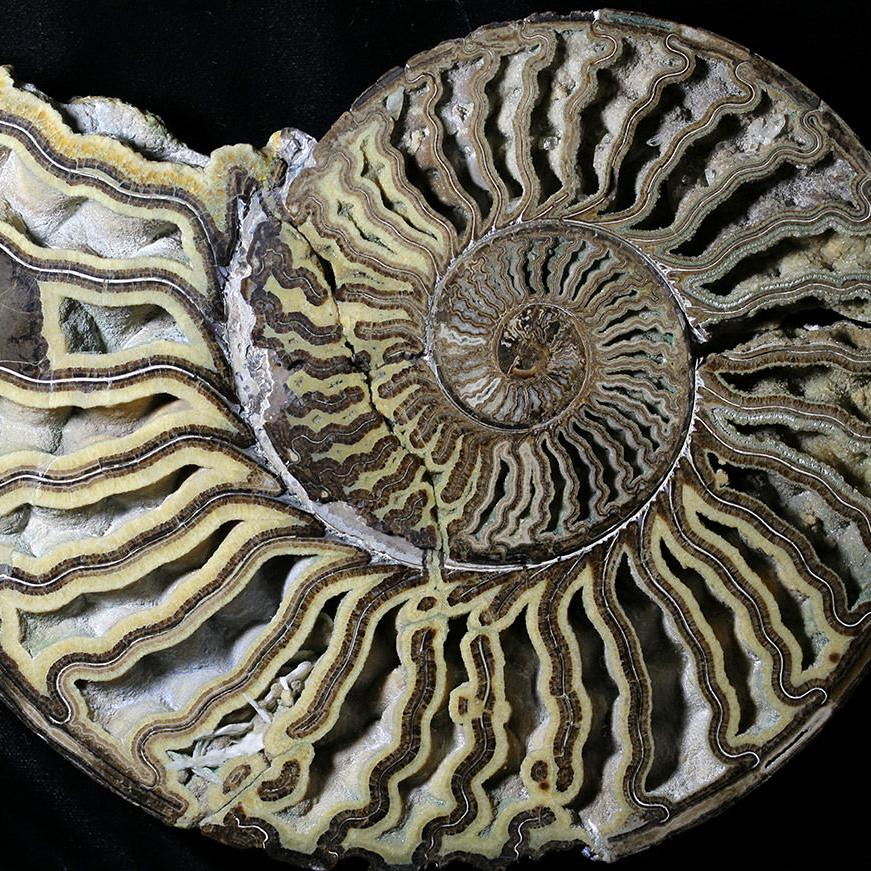 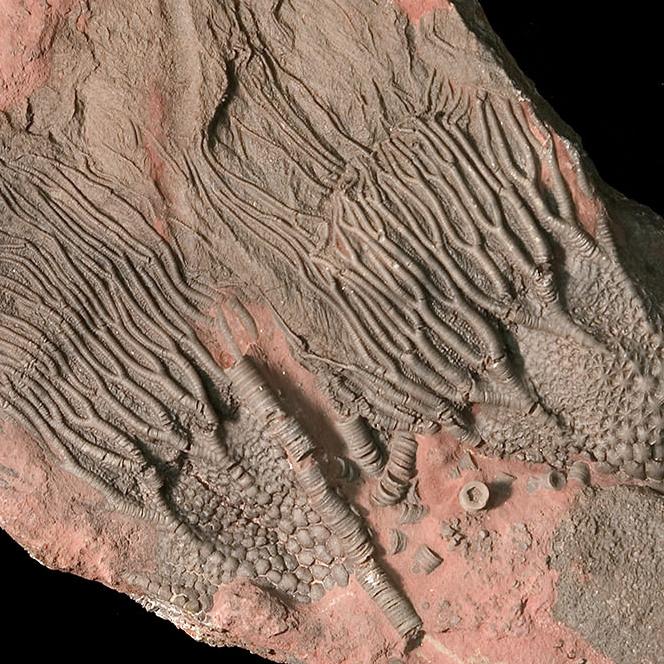 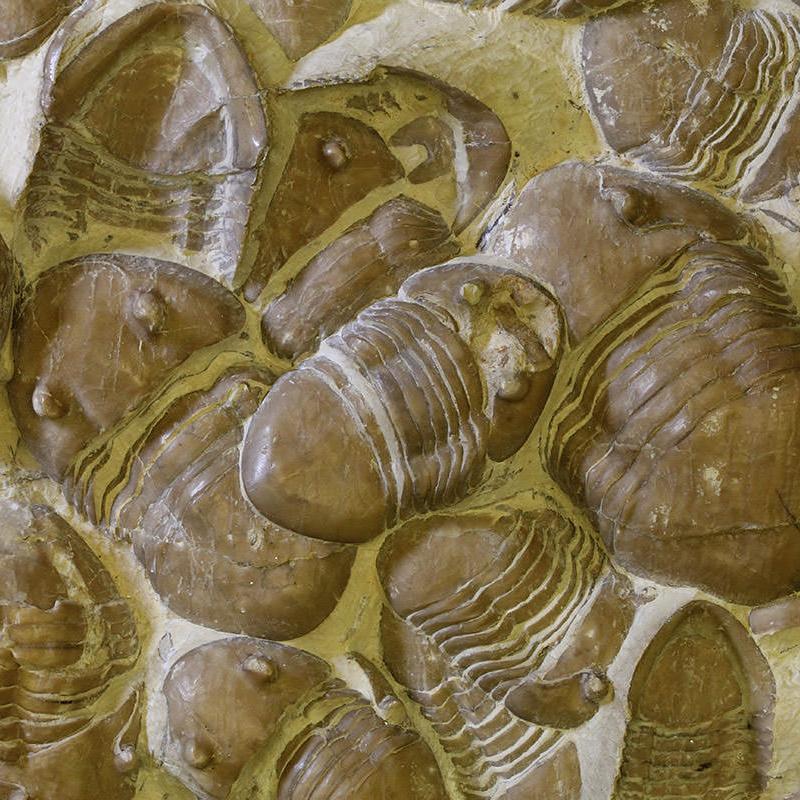 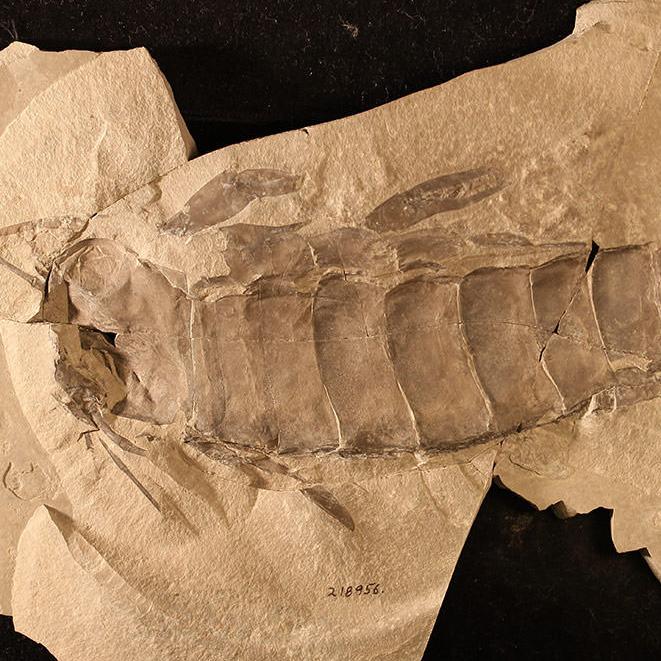 Strengths of the Division of Invertebrate Paleontology collections include:

Among the Division’s notable collections are:

Research in the Invertebrate Paleontology Collections

Paleontological research has grown beyond taxonomy and phylogeny to incorporate the paleobiology of organisms and their relationship with other taxa and the environment (paleoecology). Bulk rock specimens (fossils within rock) make up about half of the Division’s stratigraphic collection. These essential specimens can be analyzed with scanning electron microscopes, electron microprobes, cathodoluminescence, and other methods for information on, for example, ancient ocean and atmospheric geochemistry, types of preservation, and global climate change through time. This collection is particularly useful in studies of emerging topics such as paleobiogeography and diversity through time.

Two awards of up to $1,500 each are available to cover transportation and housing expenses for graduate students or young professionals. Applications may be considered after the deadline in certain circumstances. Please contact the collections manager for guidance before submitting your proposal.

To apply, send a proposal by email that includes the following information and attachments:

Information on travel and accommodations is available from the Yale University Visitor Center and Yale Travel Services.

The Charles Schuchert Collection of Brachiopods is one of the Yale Peabody Museum’s treasures. It is the second largest in the United States in volume and in geographic, stratigraphic, and taxonomic representation. The Schuchert Collection is especially rich in Early Paleozoic species and contains hundreds of types, genotypes, and topotypes.

In the early 20th century Charles Schuchert pioneered paleogeography, the study of the distribution of land and oceans in the ancient past. His collection grew steadily throughout his career, from an apprenticeship with James Hall, State Geologist of New York, through a curatorship at the United States National Museum at the Smithsonian Institution, and finally during almost 38 years at Yale. The highlight of Schuchert’s large personal collection was material collected in the Ordovician and Silurian of Maritime Canada with W.H. Twenhofel, Carl O. Dunbar, and many graduate students.

Much of the Schuchert Collection is irreplaceable because of localities now lost to land development, inaccessibility because of private ownership or political upheaval, and the prohibitive cost of collecting new material. Many locations—such as the St. Louis, Missouri outlier, areas in the Tennessee Valley, and the Fox Hills (all sites of exceptional preservation in the United States)—are now submerged behind dams.

At Yale, Schuchert was appointed to the board of the Sheffield Scientific School, chair of the Geology Department, and administrative head of the Yale Peabody Museum. During his tenure he more than doubled the invertebrate fossil collections and trained many of the subsequent generations of eminent paleontologists and stratigraphers. He served as president of the Geological Society of America and received the Penrose Medal, its highest award. He was president of the Paleontological Society, recipient of the Hayden Memorial Geological Award from the Academy of Natural Sciences of Philadelphia, and was elected to the National Academy of Sciences. He is the author of the original Bibliography of North American Brachiopods.

The Schuchert Collection of Brachiopods was reorganized according to the revised brachiopod volumes of the Treatise on Invertebrate Paleontology when the collection was relocated to new facilities in the Class of 1954 Environmental Science Center. This will provide a better framework for the comparison of specimens for systematic and phylogenetic studies. Teaching collections, former exhibition specimens, and newly acquired and orphaned materials were also incorporated into the collection. These exhibit-quality examples of morphological features and intraspecific variation were significant additions to the Schuchert Collection.

The Yale Peabody Museum is committed to the growth and improvement of the Schuchert Collection of Brachiopods to the highest curatorial standards to make it more accessible to researchers, students, and the public. Valuable collections from the stratigraphic collection have been added and an online photographic database with the revised brachiopod classification developed.

Downloadable taxonomic trees to import into your database:

Download our brachiopod taxonomy transition chart that explains the revisions made to the Treatise on Invertebrate Paleontology, Volume H: Brachiopoda. Contact the collections manager with additions.