A small quarry in central New York State has produced one of the world’s finest examples of fossil preservation, Beecher’s Trilobite Bed. The spectacular fossils from this thin layer of shale, just a few centimeters thick, reveal not only the hard outer skeleton of trilobites, but also their soft parts such as delicate limbs, gills, legs, and even antennae. Soft-tissue preservation is rare in the fossil record, requiring very particular circumstances to prevent the loss of delicate structures shortly after death. There are only a handful of sites worldwide where trilobite soft tissues are preserved. 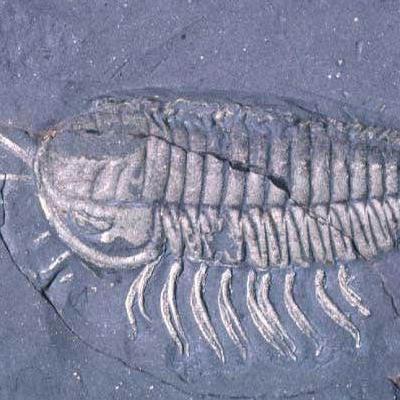 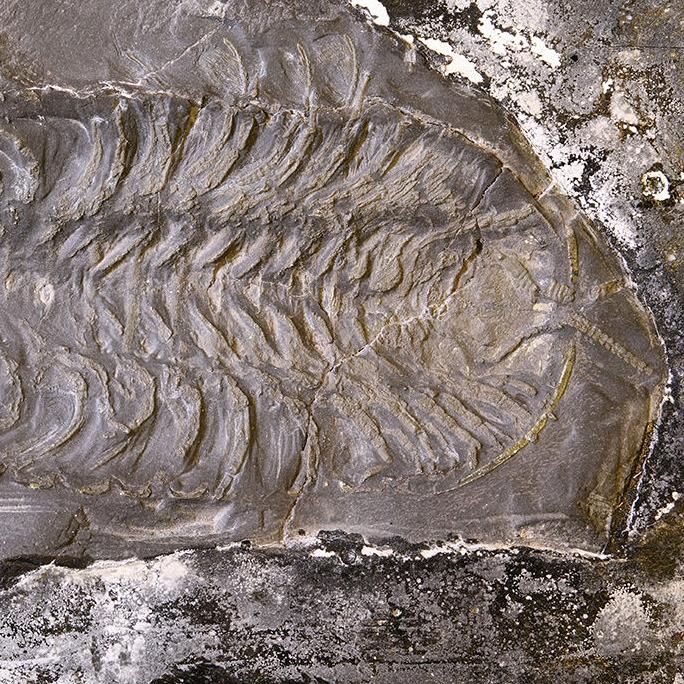 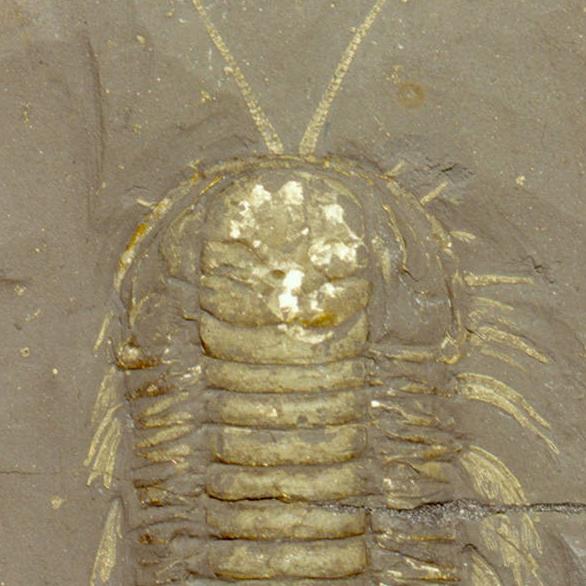 The Beecher’s Trilobite Bed locality and related sites in New York State are Ordovician in age, about 450 million years old. The trilobite fossils there—mainly one olenid species, Triarthrus eatoni—are preserved by pyritization, in which even delicate structures such as gill filaments were replaced by the mineral pyrite (popularly known as “fool’s gold”).

The olenids were a large group of trilobites, found generally in deep-water, low-oxygen environments. Adapted for living in different parts of the Paleozoic ocean, trilobites came in a variety of shapes and sizes. Although we can learn much about lifestyle and diversity from their readily preserved calcitic exoskeleton, it is only by seeing the soft tissues that we can understand in detail how these fossil arthropods functioned.

Beecher’s Trilobite Bed has a long association with Yale. William S. Valiant discovered the locality in 1892 and brought it to the attention of O. C. Marsh, who gave the project to his student Charles Emerson Beecher. Beecher heavily excavated there in the 1890s and concentrated on describing the morphology of Triarthrus.

For decades afterward the site was thought to be “mined out” and the location was lost. In the 1980s the site was rediscovered by avocational paleontologists Tom Whiteley and Dan Cooper. A subsequent joint excavation by the American Museum of Natural History and the Smithsonian Institution also included current Division of Invertebrate Paleontology curator Derek Briggs (before he joined Yale) and others.

In 2005 the excavation at Beecher’s Trilobite Bed was reopened by Yale graduate student Una Farrell, whose research and analysis looked at the site’s geochemical signatures to help explain why such spectacular preservation occurs at this famous locality. Her detailed measurements of sedimentological sections showed fine-grained deposition in quiet, deep waters that had been frequently disturbed by influxes of rapidly deposited, slightly coarser sediment. The geochemistry of the rocks showed that conditions at the bottom of the water column fluctuated and oxygen levels in the basin had become very low at times. The paleontology was clear: the diversity and abundance of the organisms were low and many (such as graptolites and straight cephalopods) lived in the water column, thus avoiding conditions at the sea bed. This nasty environment may have been suitable for chemosymbiosis, but adaptation to low oxygen may also have allowed organisms to live there. The Beecher’s Bed trilobites are preserved whole in some of the rapidly deposited beds and this fieldwork revealed at least 4 new horizons with exceptionally preserved specimens.