The Peabody’s Division of Invertebrate Paleontology has the largest and most diverse collection of eurypterid fossils in the world.

Eurypterids, or “sea scorpions,” are an extinct group of chelicerates, arthropods related to horseshoe crabs, scorpions, spiders, mites, and ticks. Most common in rocks of Silurian age (444 to 416 million years ago), they thrived all over the world for more than 200 million years, until their disappearance during a mass extinction at the end of the Permian 250 million years ago. 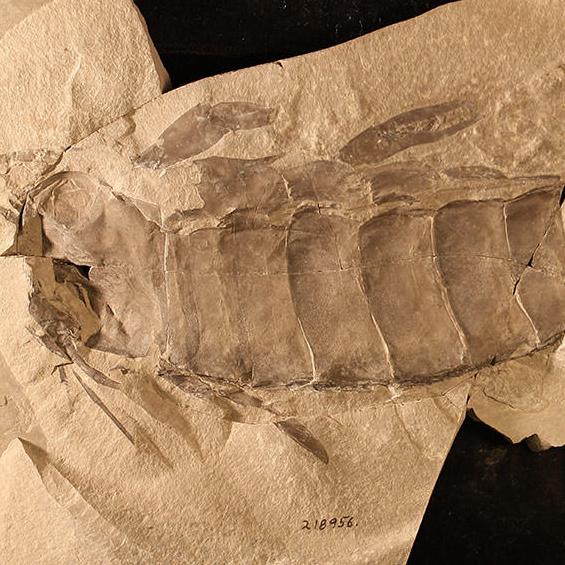 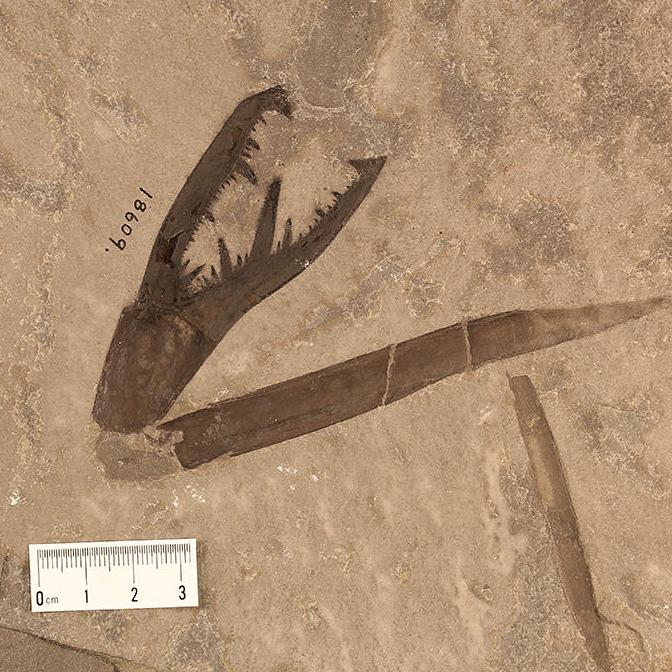 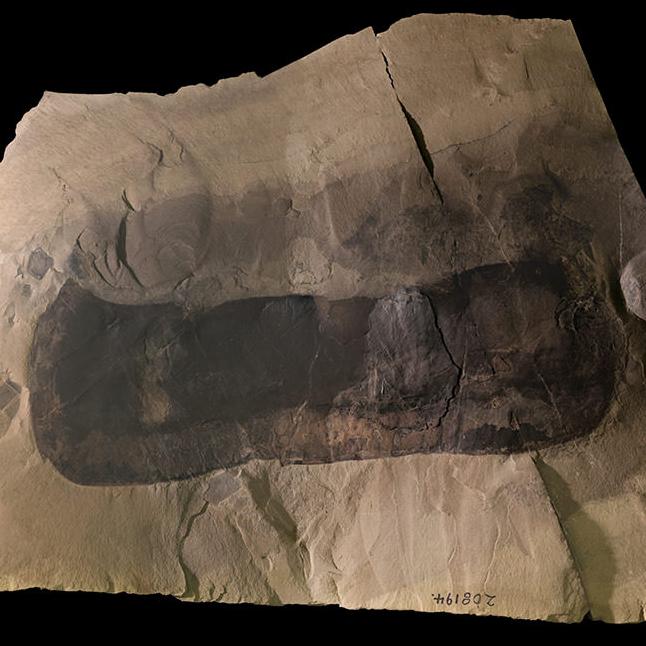 Sea scorpions were also the only eurypterids that were able to swim across open oceans. The pterygotid eurypterids were the largest arthropods ever to exist and reached total lengths of more than 8 feet (about 2.5 meters). The largest have been found in the United States in New York State, and in Germany and the Czech Republic. With their unique and formidable claws and binocular vision that provided depth perception, the pterygotids would attack and slice into prey such as primitive fish or the ancestors of squids.

These ancient animals look much like swimming versions of living scorpions. Most eurypterids could be cradled in your arms. But one specimen in the Division’s collections belonged to a eurypterid the size of a fully grown person. Acutiramus macrophthalmus from Passage Gulf, New York, is just a single tergite (a skeletal plate or segment, probably the second) of a very large pterygotid, estimated, including its extended claws, to have been larger than an adult human.

The Yale Peabody Museum acquired the largest and most diverse collection of eurypterids ever assembled from Samuel J. Ciurca, Jr. of Rochester, New York, USA. Collected over almost 50 years, these nearly 15,000 specimens include large slabs from more than 100 collecting localities in New York, Pennsylvania, Indiana, and Ohio in the United States, and in Ontario, Canada.

The Ciurca Collection has yielded many new genera and species, as well as beautifully preserved examples of several eurypterids previously only known from partial specimens. Sam Ciurca’s meticulous documentation of the collection localities enables a greater understanding of the geologic history of New York. The collection’s many examples of associated fossils, including other arthropods, brachiopods, bivalves, and plants, as well as sedimentary structures, will also provide important clues to the environment and lifestyle of eurypterids. The availability of the Ciurca Collection in the Peabody’s Division of Invertebrate Paleontology will allow scientists to investigate many aspects of the paleobiology of eurypterids, including changes in their biodiversity, ecology, and habitat preferences through time.