In Tooth and Claw

Not long ago, wildlife biologist Nyeema Harris was jumping from helicopters in the Montana wilderness to tag young Elk (Cervus canadensis). Tracking the calves up mountains and across rivers was part of her study of Elk mortality rates. Harris came to know the telltale signs of a calf killed by a Brown Bear (Ursus arctos), especially the crushed skulls and banana-peeled skin left by a Grizzly (Ursus arctos horribilis). Once, after following a signal for three days, she realized she was tracking not a calf, but the bear that had fed on it.

As the world’s burgeoning human population pushes farther into natural ecosystems, interactions between humans and apex predators like bears are increasing in many places, including cities. Asking questions around human-wildlife interactions and conflict with carnivores is the primary focus for the new Applied Wildlife Ecology (AWE) Lab in Yale’s School of the Environment. This effort will be led by AWE’s director, Dr. Nyeema Harris, the Knobloch Family Associate Professor of Wildlife and Land Conservation at the Yale School of the Environment. 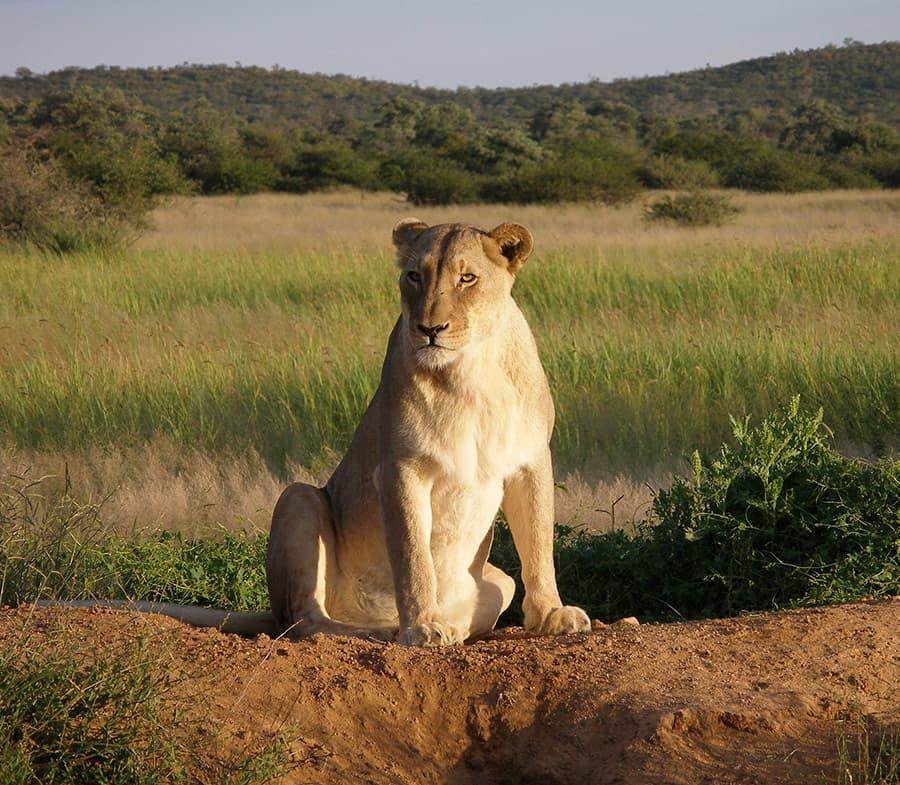 The African Lion (Panthera leo), like this lioness in Namibia, is one of the apex predators studied by Dr. Nyeema Harris and researchers from the AWE Lab. Photograph by Falense, CC BY-SA 3.0 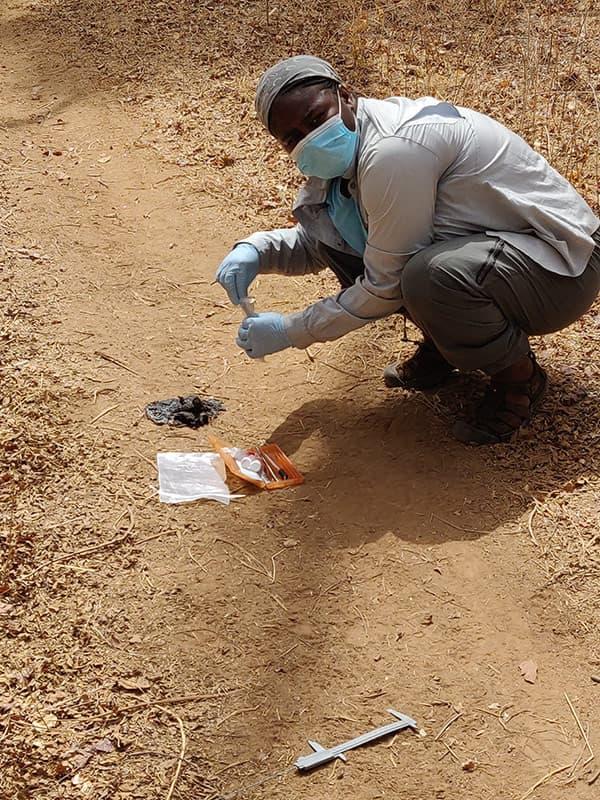 Harris is not new to large animal research. In 2021 Harris and her team received a National Science Foundation award that enabled 5th and 6th grade students in Detroit, Michigan, to conduct authentic research in urban ecology by studying Eastern Coyotes (Canis latrans), an apex predator in a city environment. Harris’s team set up camera traps and did scat surveys in 25 city parks. Although Eastern Coyotes are mostly carnivorous and feed on small mammals, the students found that they also ate fruits, nuts, and vegetation. According to Harris, “We looked at how coyotes move in an urban system, what they eat, and how they might compare with rural coyotes.”

It is one thing to conduct research, but how do you explain that research to the public? Harris feels that developing an understanding of environmental issues among urban youth as part of her research, and their education, will ultimately help protect species. “We wanted to look at how those experiences informed students’ sense of place, research competencies, ecological knowledge, and empathy toward animals,” she said.

You can’t have a single demographic caring about something and be effective. It has to be a collective effort. Otherwise, ecology will quickly become obsolete and not maximize the societal benefits of our work.

As a Black, female biologist, Harris has faced challenges working in a field dominated by white men. But she looks at those challenges in a positive light. “I’m invested in paving the way and making sure that those I am training, working with, and collaborating with all have a shared vision that we have to diversify and be more inclusive. You can’t have a single demographic caring about something and be effective. It has to be a collective effort. Otherwise, ecology will quickly become obsolete and not maximize the societal benefits of our work.”

Growing up in an urban environment, observes Harris, who is from Philadelphia, was helpful to her in developing skills as a wildlife biologist. She writes in her article “Cities Build Better Biologists,” published for Earth Day in Scientific American, that “city dwellers often see firsthand species interactions, such as feral cats eating birds and rats, people shooing bats from homes, and more. Urban biologists might more easily see how urban mammals exhibit varied behaviors and track movement than rural animals in huge, forested tracts. It was urban biologists that discovered some mammals eat a more varied diet, and move differently across the landscape, compared to rural counterparts.” 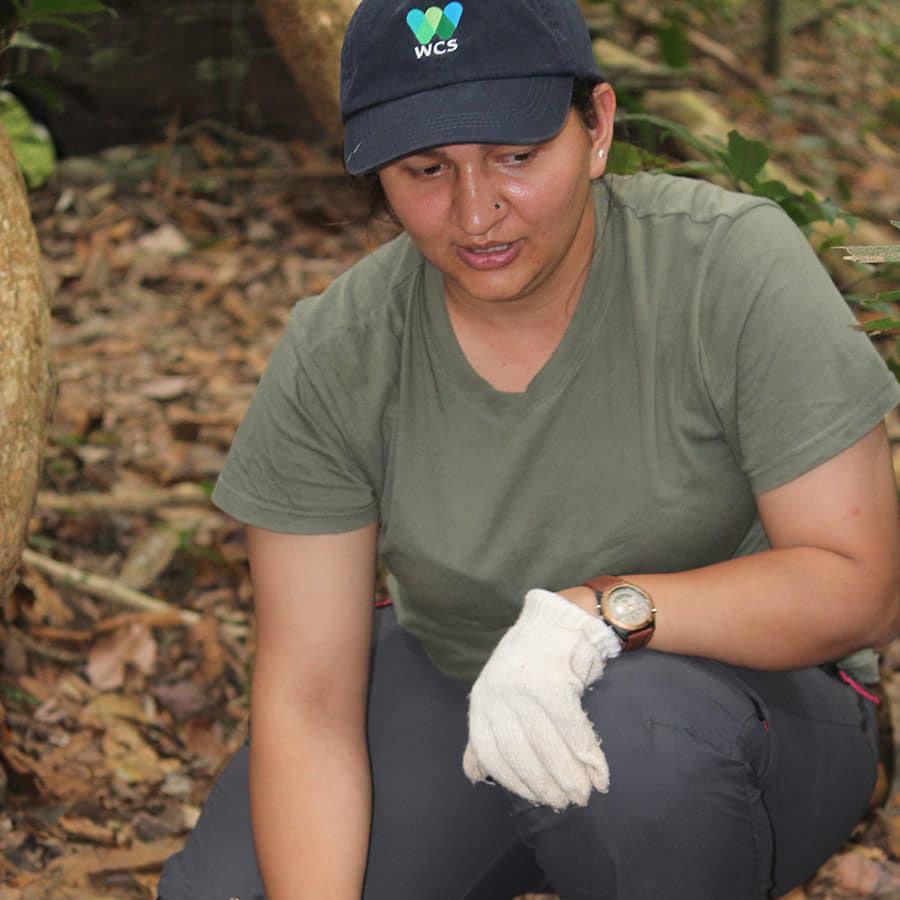 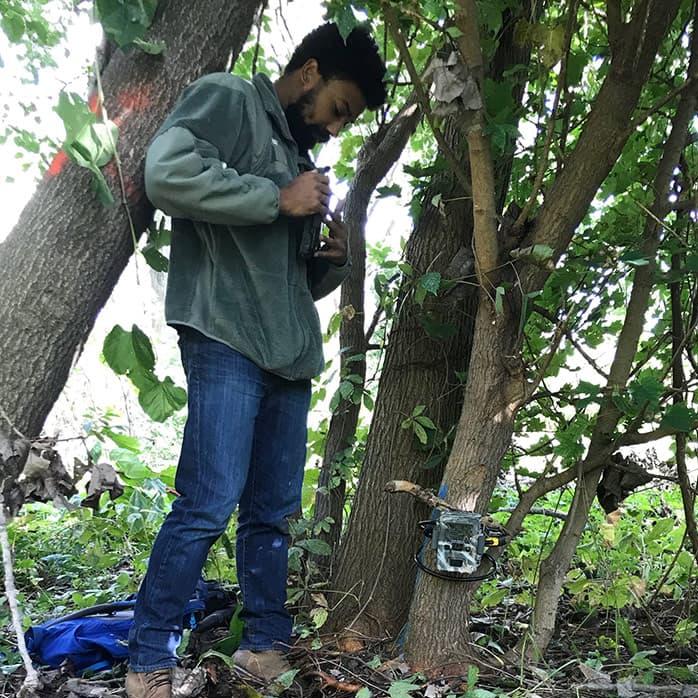 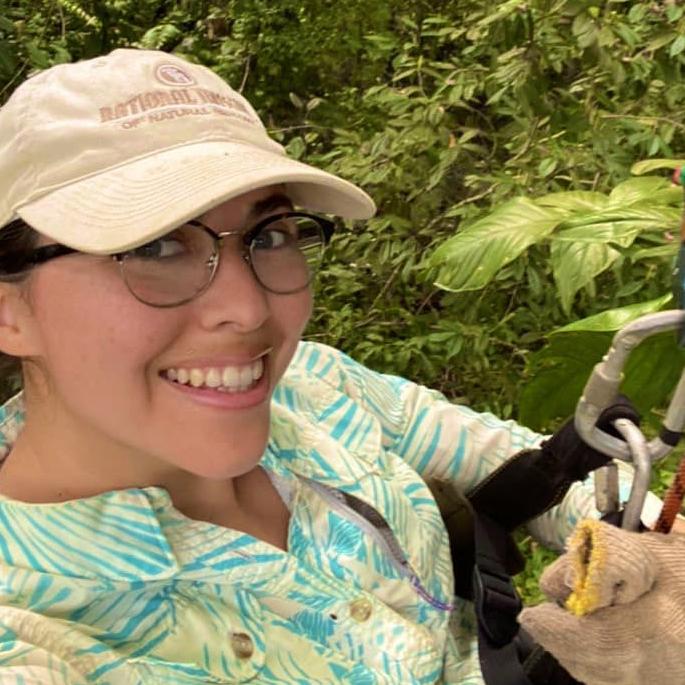 Harris clearly values the passion that her students bring to their work and she gives them a lot of freedom to decide their own research questions about geography and local partners. She requires their work to yield practical conservation and management benefits, and to be co-created through consultations that integrate local knowledge and interests to promote an ecological future that considers the needs of both humans and nature.

But Harris refuses to let her students have all the fun and won’t be left out of the fieldwork that she loves. She has her own research. “I became a wildlife biologist because I like being outside doing the work and collecting data. I need to make sure I still have my boots on the ground, get dirt under my nails, and sleep in my tent.” Her recent projects have been in Senegal and Burkina Faso, with new ones developing in Nigeria and India.

On a scouting trip to Nigeria in March 2022, Harris looked at a project that will investigate the large carnivores that remain in Gashaka-Gumti National Park (GGNP), the largest wildlife park in that country. The area has an interesting dynamic. Humans and wildlife must co-exist there, but there has been little research or conservation using historical records of the African Wild Dog (Lycaon pictus) and African Leopard (Panthera pardus). “There’s co-management of the park between a local NGO [nongovernmental organization], Africa Nature Investors Foundation, and the Nigerian National Park Service, which presents tremendous opportunity for restoration. But the challenges they face are not minor with villages and cattle farming present within the park that are causing severe habitat modifications. GGNP is not unlike many other parks around the world battling with how to operationalize co-existence between human and wildlife populations,” she observes. Harris is excited to facilitate the interdisciplinary applied research for such a complex system.

I became a wildlife biologist because I like being outside doing the work and collecting data. I need to make sure I still have my boots on the ground, get dirt under my nails, and sleep in my tent.

The natural and social sciences will also blend in the new project in India. Harris and the AWE team will study the Bengal Tiger (Panthera tigris) in reserves surrounded by human settlements to explore the big cat’s movements, predation on livestock, and conflicts with people. For this and other fieldwork, Harris and her team will have tools that wildlife biologists in the past could only dream of. For example, they’ll use GPS-enabled radio collars to track the predators. “Because roads are limited and to minimize disturbance, we will need to explore the use for carnivore monitoring,” Harris points out. Another technique they have is to analyze molecular DNA from predator scat, as well as environmental and mosquito samples, to confirm carnivore and prey distribution. 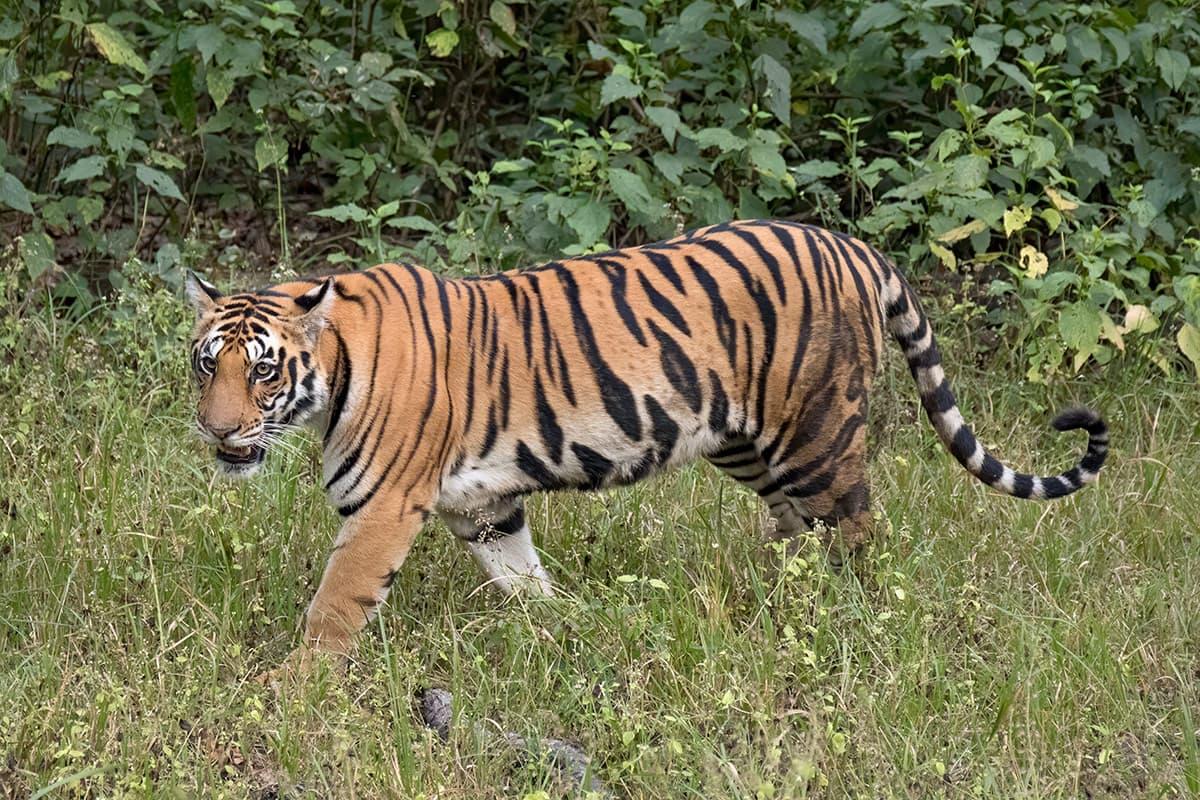 In India, Dr. Harris and the AWE team will explore the interactions between the Bengal Tiger (Panthera tigris) and people in wildlife reserves surrounded by human settlements. Photograph by Charles James Sharp, CC BY-SA 4.0

With so many ongoing research projects, Harris is excited to find that one AWE project might help inform another. “Even though we are working in very different geographies with different levels of cultural sensitivities, I am looking forward to seeing how what might be working well in one locality could be applied to another,” she says. “An approach that is working in India, for instance, could potentially be applied in Nigeria. Or, I might be able to share something I learned in Senegal with partners in Mexico.”

Harris’s cross-disciplinary approach to fieldwork and scholarship is promising for the integration of research, teaching, and service in wildlife biology and conservation. Because of Dr. Harris and the AWE Lab, we are learning more about improving the ways in which humans and predators can coexist.