Garnet: The State Mineral of Connecticut

The holdings of the Division of Mineralogy & Meteoritics include a sizeable collection of Connecticut minerals. Among the best known is the garnet mineral almandine, which was designated the state mineral in 1977 by the Connecticut General Assembly.

The garnet group of minerals is well known around Connecticut. It is frequently present in the igneous rocks pegmatite and granite, and in metamorphic granite gneiss. Garnets are often found in mica schist, a familiar metamorphic rock. There are also tiny garnets in beach sand and in sandstone deposits.

Both attractive and functional, garnet is readily identified by its small granular crystals, most often a deep reddish brown. Colors range from white through red, cinnamon, and yellow, but also green, brown, and black. Typically, Connecticut’s garnets are red or reddish brown, with darker colors to black. They are found in many places in the state, including Roxbury, Redding, and Colchester.

Transparent and translucent garnets of good color can be cut as gemstones, but it is rare to find examples of that quality in Connecticut. Rough garnet used as an abrasive, in products like sandpaper and emery boards, has been a significant resource in Connecticut’s industrial history. 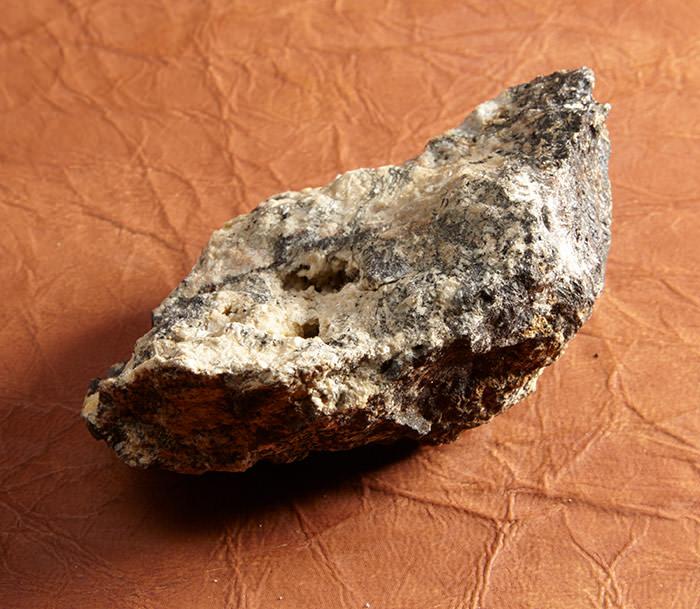 Mineral type specimens are used to document geological diversity. An example is fairfieldite, a mineral species discovered in the Fillow quarry in Branchville, Redding, Connecticut, and named by George J. Brush and Edward S. Dana in 1879 for Fairfield, Connecticut. Between 1878 and 1890 these Yale mineralogists discovered and described a total of 9 new mineral species from the same locality.

The Division of Mineralogy & Meteoritics is pleased to make available the following out-of-print articles, courtesy of the Connecticut Society of Civil Engineers Section of the American Society of Civil Engineers. Used by permission. These facsimile PDF versions are provided for research and personal use only. Any other use is prohibited. Contact the CSCE at csce.org for more information.