The large and diverse collections of the Division of Anthropology at the Yale Peabody Museum include over 300,000 catalog records representing at least 1.5 million individual items—from pottery fragments and beads to boats and large wooden sculpture—plus supporting documentation like field notes, photographs, slides, drawings, and maps. The collections contain both utilitarian objects and items traditionally considered art. The full range of natural history materials is represented, including plants, animals, rocks and minerals, and fossils. The collections are therefore of interest to scholars in botany, zoology, and paleontology as well as anthropology.

The Division of Anthropology was established in 1902 and brought together archaeological, ethnological, and physical anthropology collections under a single authority. The collections are worldwide in scope and reflect Yale University faculty and student research, as well as donations from alumni, New England families, and others.

Learn more about the strengths and features of the collection: 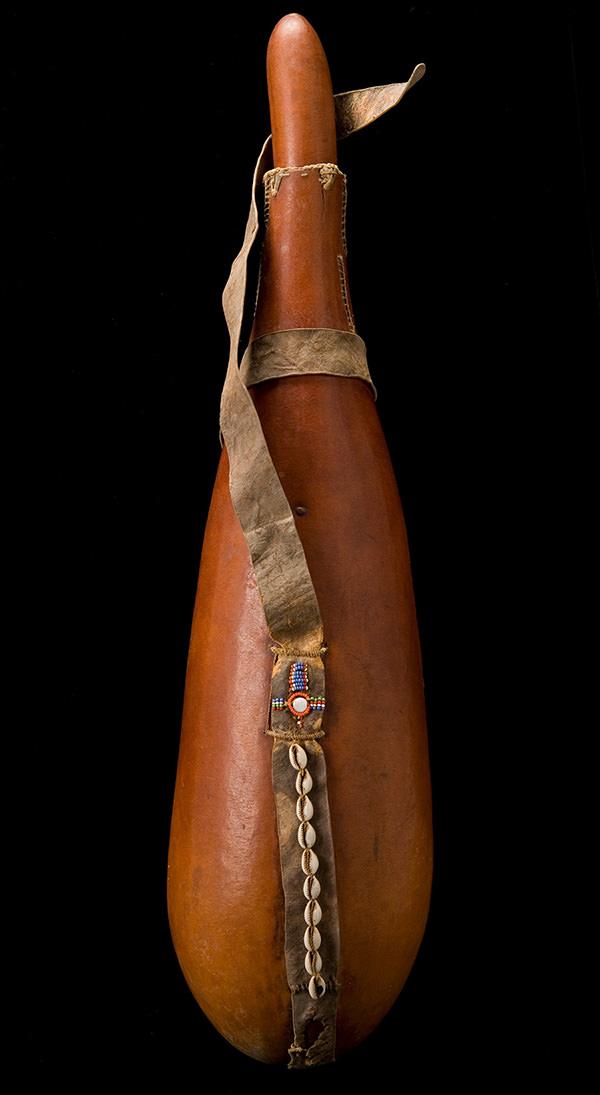 The Division’s African ethnographic collection is an assemblage of more than 3,000 cultural items, including baskets, masks, agricultural tools, weapons, jewelry, figurines, furniture, and clothing. Many were collected in Kenya in the 1960s and 1970s.

Among the most interesting are the materials collected by William J. Morden (Yale 1908) and Irene Morden. An expedition in 1965 under the auspices of the Yale Peabody Museum to the Sokoke Forest of Kenya, a forest that was being destroyed by a relocation project for an agricultural settlement, gathered ethnographic materials from the local Giriama people, who had a hunting and gathering way of life, and also rare mammals, birds, and reptiles.

Aboriginal Australian culture is represented in the Division by over 400 objects dating from the 19th and 20th centuries. The collection grew with a donation from the Australian government and was greatly enlarged by over 300 cultural items in the Flynn Collection of Aboriginal Art received in 1995 and 1996.

The bark paintings of the Flynn Collection of Aboriginal Art were assembled by Kate Morey Flynn and her husband, Dr. Michael Flynn, between 1982 and 1988. Many of the symbols and forms found in ancient Aboriginal rock art can be seen in engravings and paintings produced in historical and recent times, making Aboriginal art probably the world’s oldest continuous artistic tradition. Every element of Aboriginal art relates to the “Dreamtime,” the period in the ancestral past when the ancestor spirits created the known world, including the Aboriginal people themselves. Older traditional artists will sometimes induce a trance-like state to “sing” the painting into being. As the story unfolds in song they begin to paint and many of the most powerful paintings express this spiritual energy. 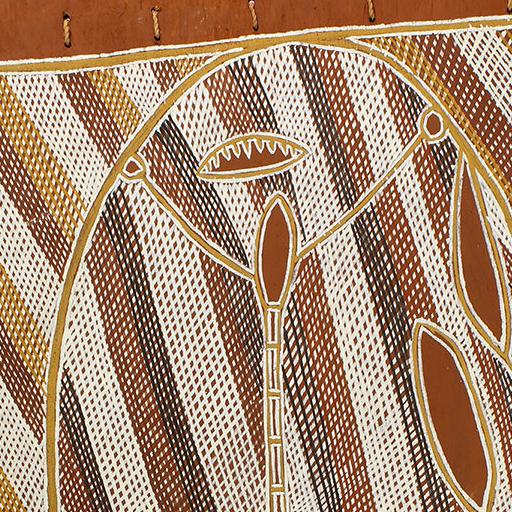 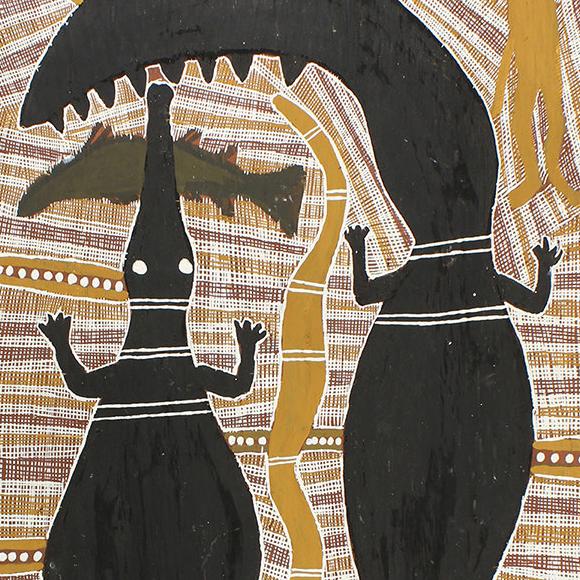 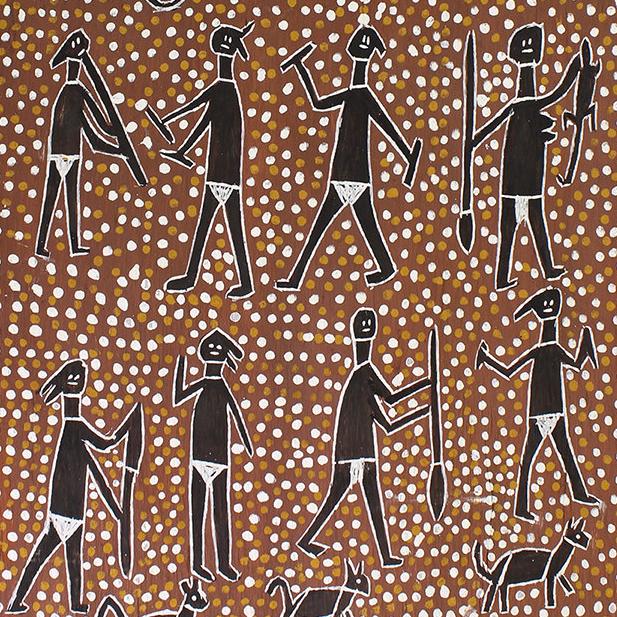 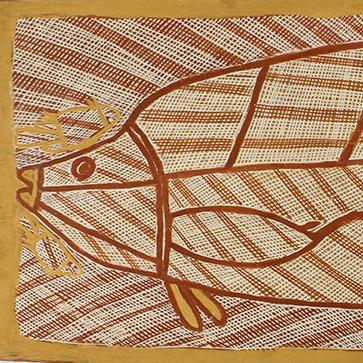 In addition to these paintings, the Flynn Collection contains carvings, didgeridoos (large trumpets made from tree limbs naturally hollowed by termites), boomerangs, shields, spears and baskets, and a wide assortment of 19th- and 20th-century Aboriginal cultural materials from the Western Deserts and Arnhem Land.

The Division of Anthropology curates one of the world’s largest and most comprehensive systematically excavated collection from the Caribbean region, encompassing hundreds of thousands of individual objects and over 130,000 catalog entries, a full 46% of catalog records. There are also ethnographic materials among the Division’s Caribbean holdings. These are the largest and most important anthropology collections at the Yale Peabody Museum. 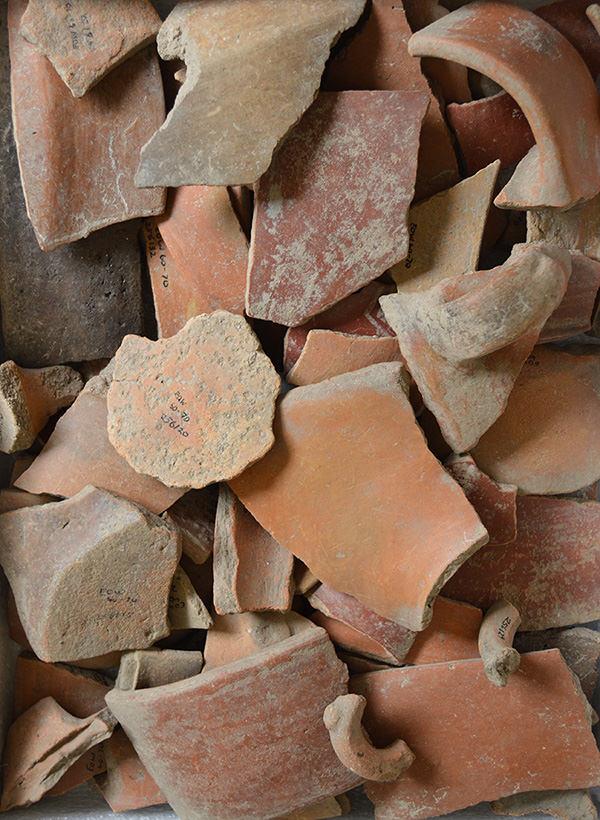 Research begun in the 1930s on the origin of the Indigenous people of the Caribbean was initially headed by Cornelius Osgood and his students Irving (Ben) Rouse and Froelich Rainey, and later included many Yale graduate students. Most of this Caribbean archaeological material was excavated by Rouse, a pioneer in circum-Caribbean archaeology and a major contributor to the development of archaeological methods, particularly ceramic analysis, typology, and chronology. His research, which documented the movement of native peoples from the lower Orinoco River area in Venezuela across the islands of the Caribbean, combined the classic archaeological research approaches of studying culture change through time with the movement of people across broad geographic regions.

Study collections illustrating the local sequence of cultural periods throughout the Caribbean culture areas are used by students and scholars from many institutions. The Anthropology Division also holds Rouse’s research material and his Caribbean library.

See “Passing of a Pioneer Researcher in Caribbean Archaeology,” by Dr. Basil Reid, March 12, 2006, in UWIToday, Office of the Campus Principal of the University of the West Indies, St. Augustine.

With the integration of the Yale Babylonian Collection—one of the largest collections of seals and cuneiform tablets from ancient Mesopotamia in North America—into the Yale Peabody Museum in 2017, the Division of Anthropology curates, along with its Egyptian, Syrian, and Iranian collections, vast holdings related to the development of Near Eastern agriculture and early civilizations.

Near Eastern archaeological collections also contain materials from Iran and Syria, including the Tell Leilan Project, which has focused on the dynamic relationship between humans and their natural and social environment in one of the largest archaeological sites in Syria. 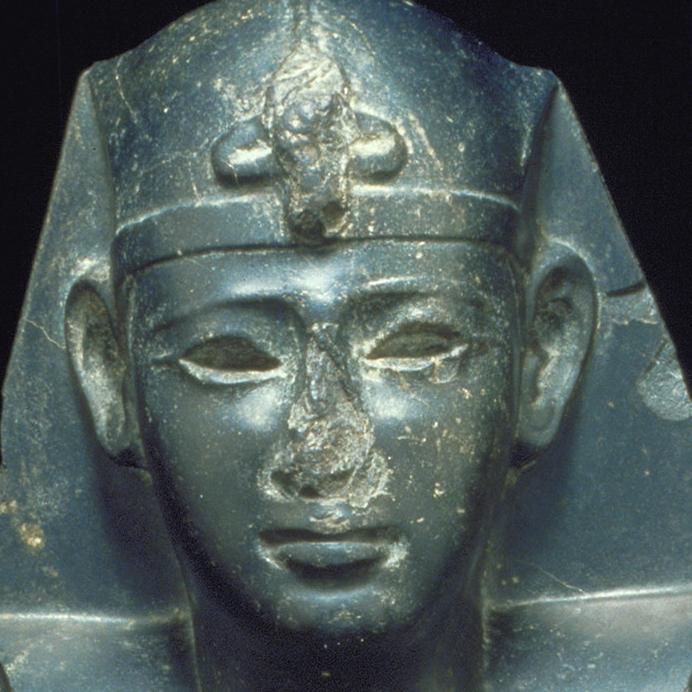 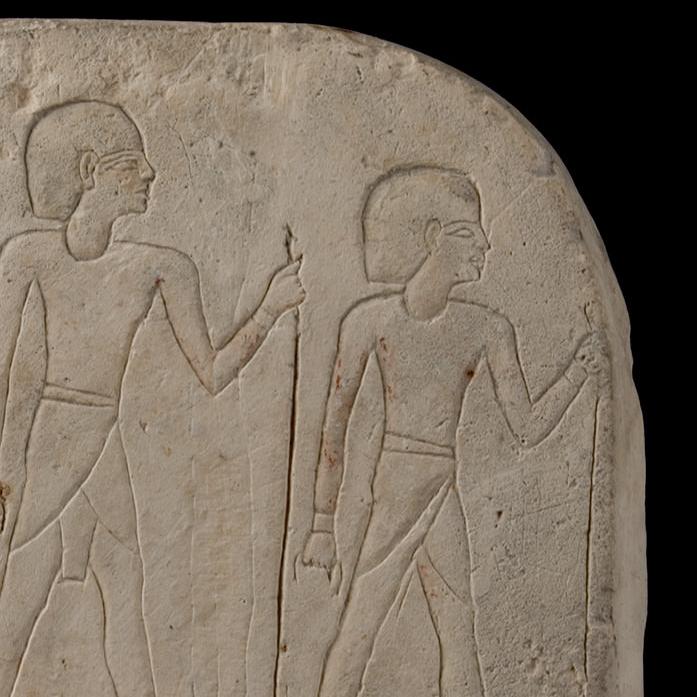 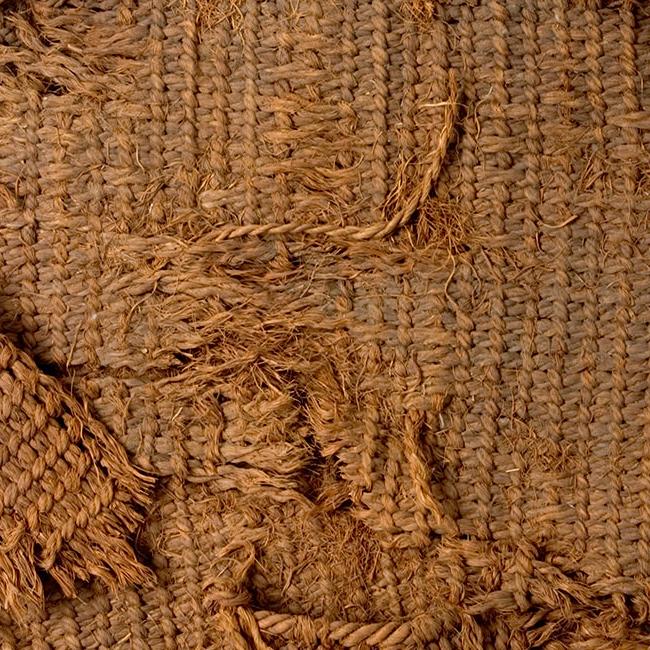 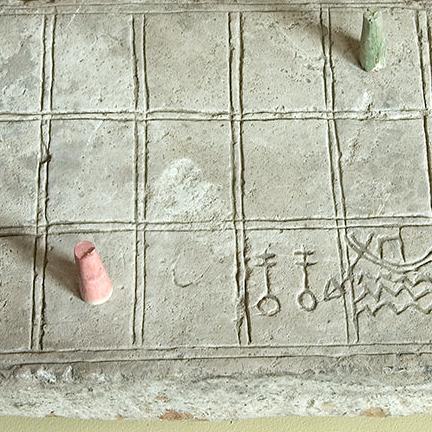 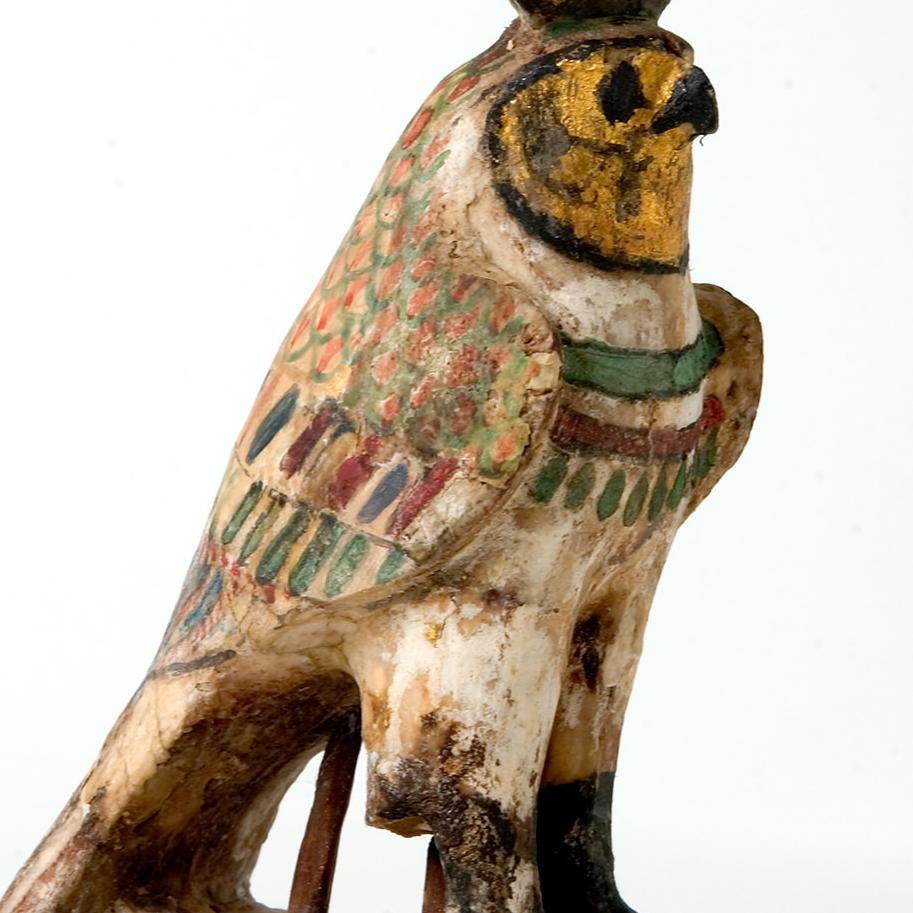 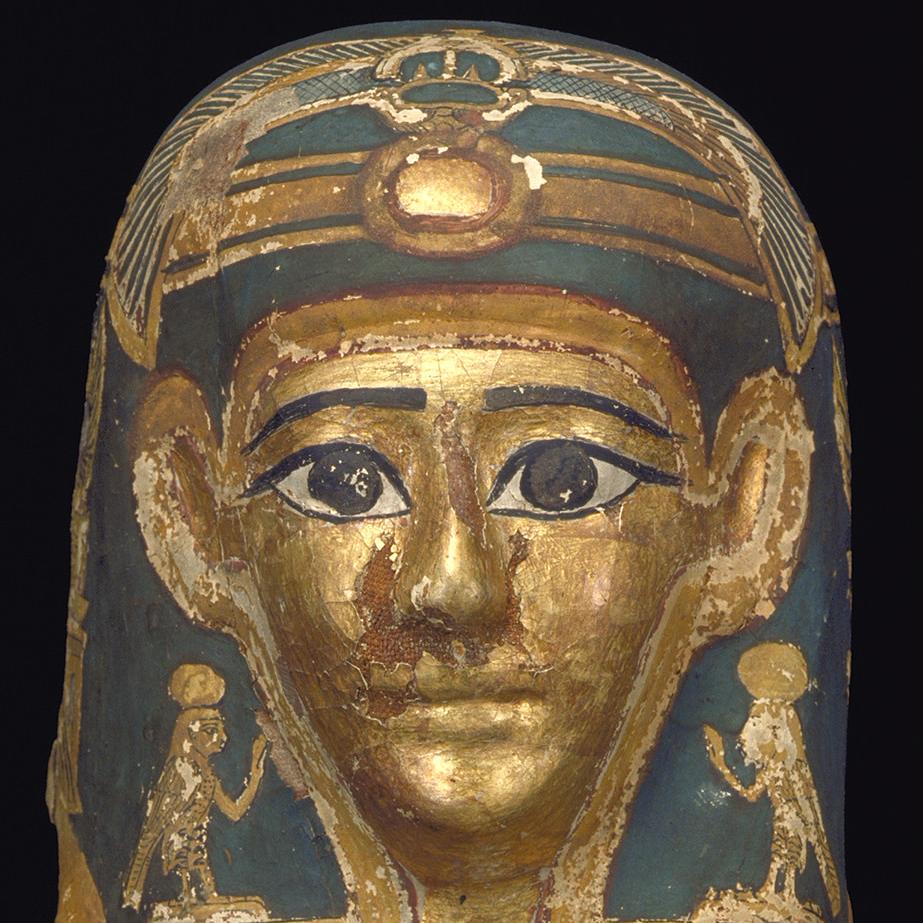 The Egyptian collection holds extensive Egyptian and Nubian materials, more than 5,000 objects, ranging in date from the remote, prehistoric Stone Age to the Roman period. From the purchase in 1888 of more than 1,000 Egyptian antiquities from Victor Clay Barringer, this collection has grown to be one of the oldest and most extensive university collections of Egyptian materials in the United States.

Yale was a member, from 1899 to 1915, of the Egypt Exploration Fund, supporting expeditions to the important sites of Luxor, Abydos, Deir-el-Bahari, and Oxyrhynchus. In the 1960s and 1970s, William Kelly Simpson, co-director of the Pennsylvania–Yale Expeditions to Egypt, contributed many objects from Nubia and Abydos. The collection also includes important material from Yale expeditions during the Nubian Salvage Campaign of the 1960s. Additional Egyptian materials are held by the Yale University Art Gallery and the Beinecke Rare Book and Manuscript Library.

The human and animal mummies in the Egyptian collection have been studied extensively through medical diagnostic imaging collaborative projects with the Bioanthropology Research Institute at Quinnipiac University, in Hamden, Connecticut, Yale–New Haven Hospital, and the Yale University School of Medicine.

For titles in the Publications of the Pennsylvania–Yale Expedition to Egypt, visit the Yale in Egypt website.

Publications by the Yale Babylonian Collection are available through Yale University Press.

The beginnings of the Mesoamerican holdings in the Division of Anthropology can be traced to two major Late Post-Classic Aztec sculptures—a calendar stone from the Valley of Mexico and a stone statue of the deity Xipe Totec from Puebla, Mexico—purchased by Othniel C. Marsh in the 19th century. 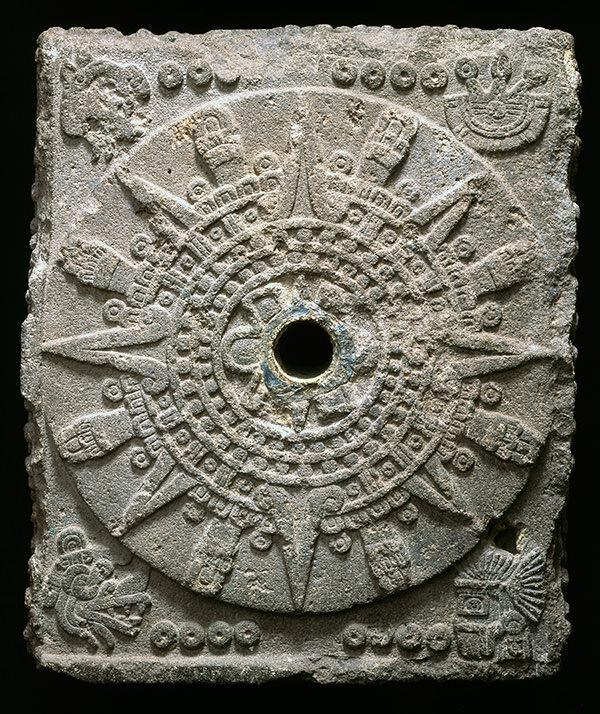 Other Mesoamerican holdings include:

The Division of Anthropology curated archaeological material and associated documents and photographs from the rediscovery of Peru’s Machu Picchu and the Yale–Peruvian Scientific Expeditions of 1911 and 1912 until they were returned to Peru in 2011 and 2012 under a cooperative agreement with the Peruvian government and the National University of Saint Anthony the Abad in Cuzco, Peru. Those collections are now curated at Casa Concha in the Machu Picchu Museum in Cuzco.

The anthropology holdings also contain other South American archaeological materials, particularly Huari material from Peru and other collections from Columbia and Ecuador. 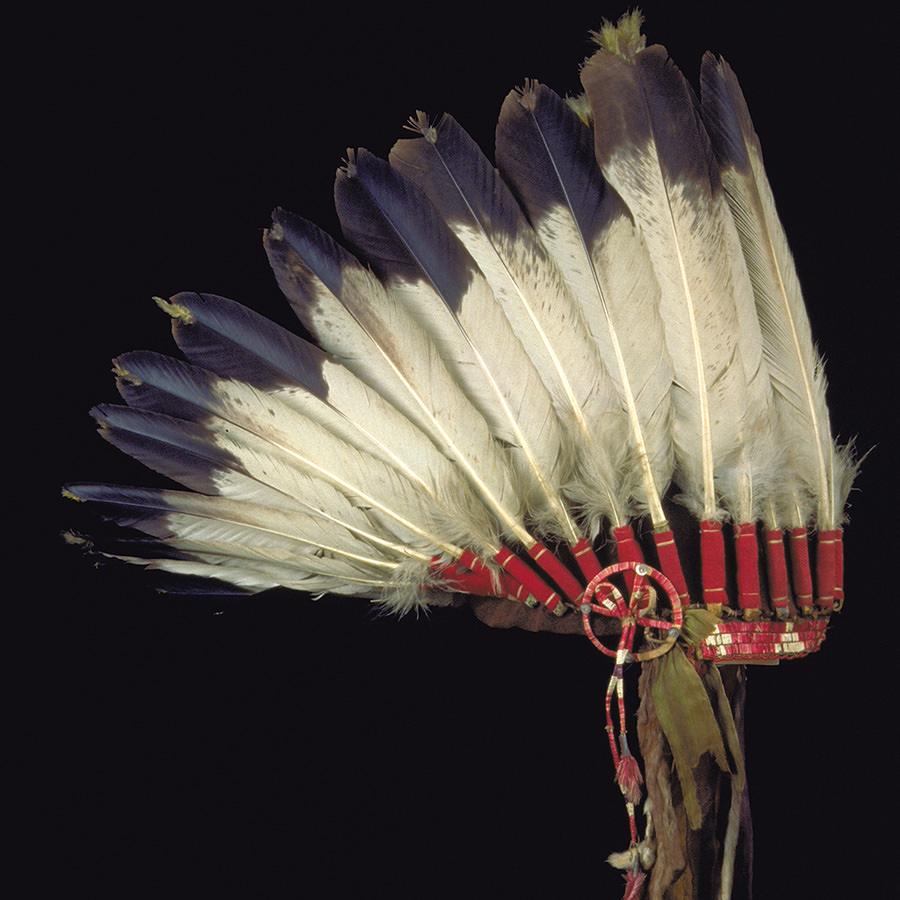 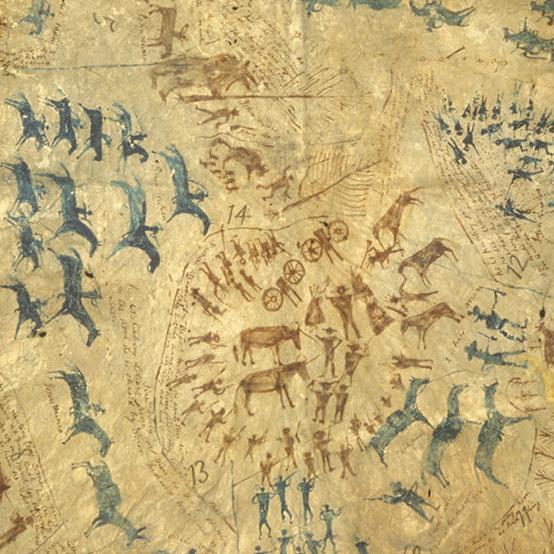 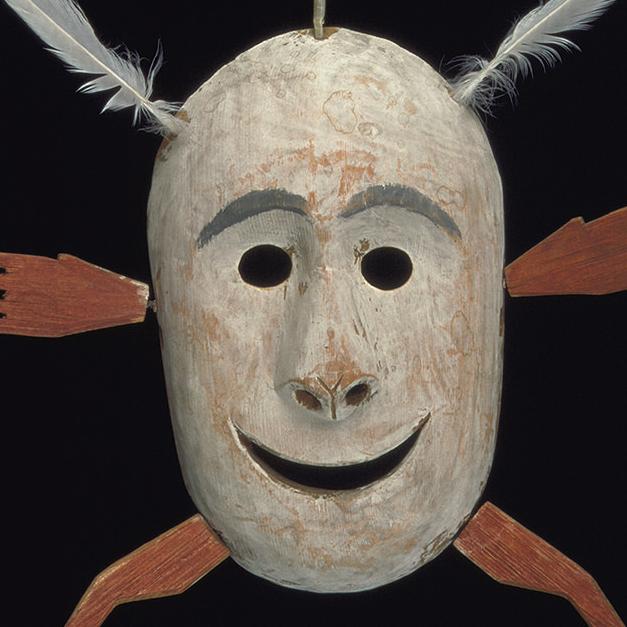 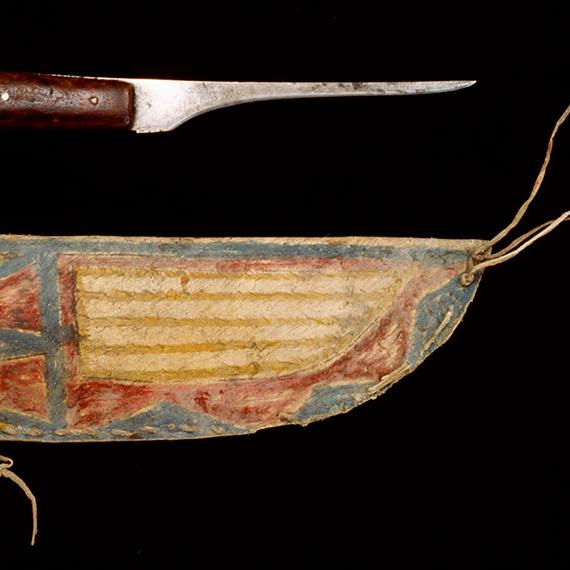 The North American anthropology collections include systematically collected archaeological material from the U.S. Southeast (especially Florida), Southwest, and Alaska, and ethnographic materials from across the continent. There are significant additional collections from the U.S. states of Louisiana, Mississippi, Missouri, and West Virginia. Holdings are particularly rich in cultural materials from the Indigenous peoples of the Great Plains and Canadian Prairies, and include ethnographic materials acquired by Othniel C. Marsh, many through the Yale College Scientific Expeditions of 1870–1873 to the American West in the late 19th century. 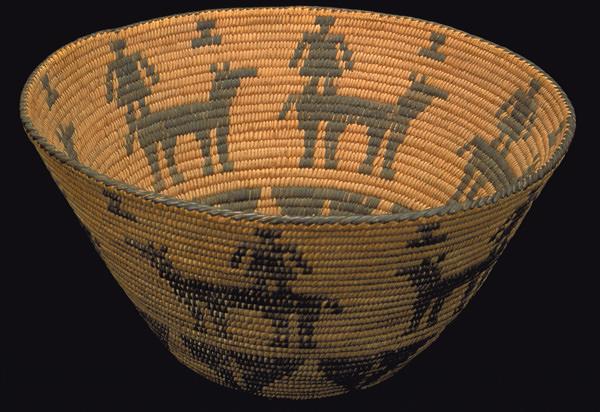 The Indigenous North American baskets in the Division’s anthropology collections are particularly significant and represent a wide range of cultural groups. These baskets were collected mostly between 1890 and 1930 when traditional cultures and crafts were still active and comparatively unaffected by outside influences. This collection is therefore an archive of traditional technology and stylistic motifs and constitute a unique and irreplaceable assemblage of Native American cultural items.

The Division of Anthropology also houses archaeological materials from Connecticut from the activities of Yale scholars in the 20th century.

The holdings from Oceania are the largest systematically acquired ethnographic collections in the Division of Anthropology. Most of this material was gathered by Yale faculty and graduate students conducting research in New Guinea, the Philippines, Malaysia, and the Solomon Islands. Other donations of materials from Polynesia, Micronesia, and Melanesia include more than 100 tapa cloth objects, as well as a wide array of decorative and utilitarian items. 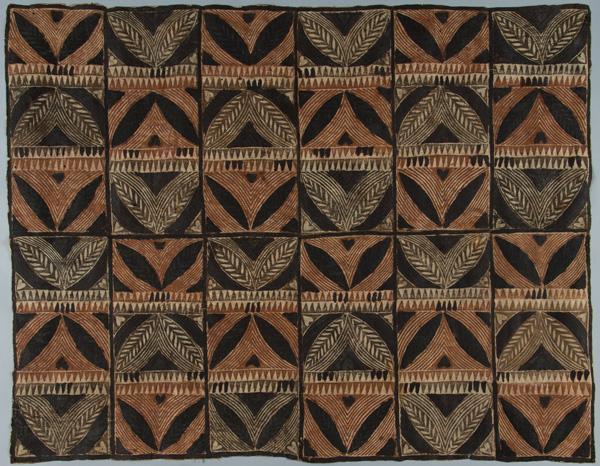 One of the largest systematic ethnographic collections in North America from the Philippines was acquired by Harold C. Conklin, along with other significant Southeast Asian collections from Conklin’s students. Conklin was a world authority on the peoples of the Philippines and Indonesia, with whom he worked during 25 trips totaling over 13 years of field research that focused primarily on ethnology, ecology, and linguistics. Conklin concentrated his research in insular southeast Asia, with his principal field sites on Mindoro (the Hanunóo) and Luzon (the Ifugao) in the Philippines.

There are also important ethnographic collections from pioneering research in economic anthropology in Papua New Guinea by Leopold J. Pospisil and materials from Oceania acquired by his students.

The anthropological collections from Asia include cultural materials systematically acquired by Yale faculty and students, such as Korean and Chinese material from Cornelius Osgood, and several important private donations. 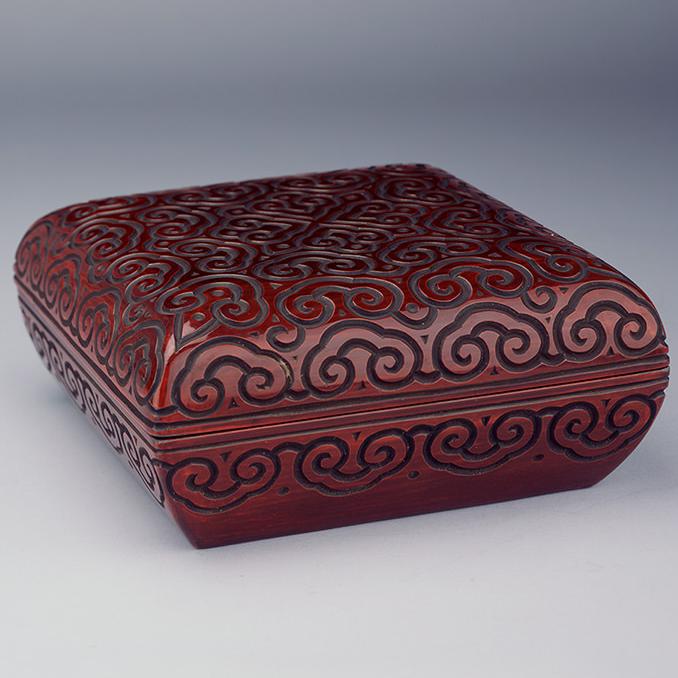 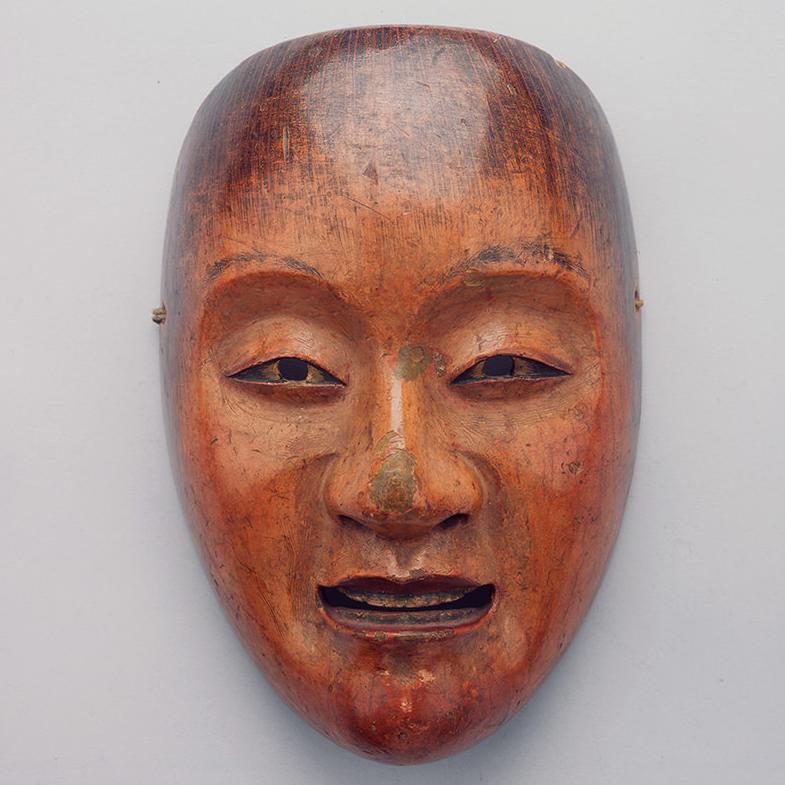 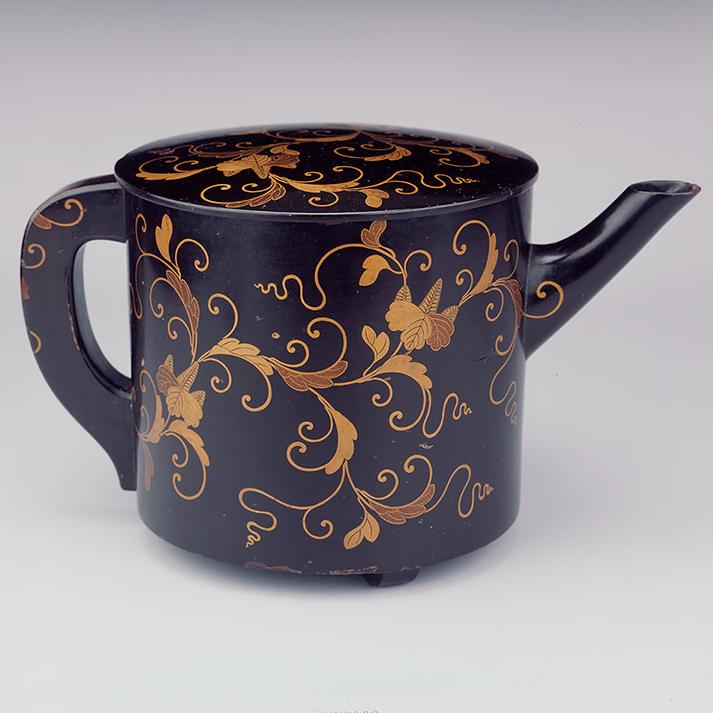 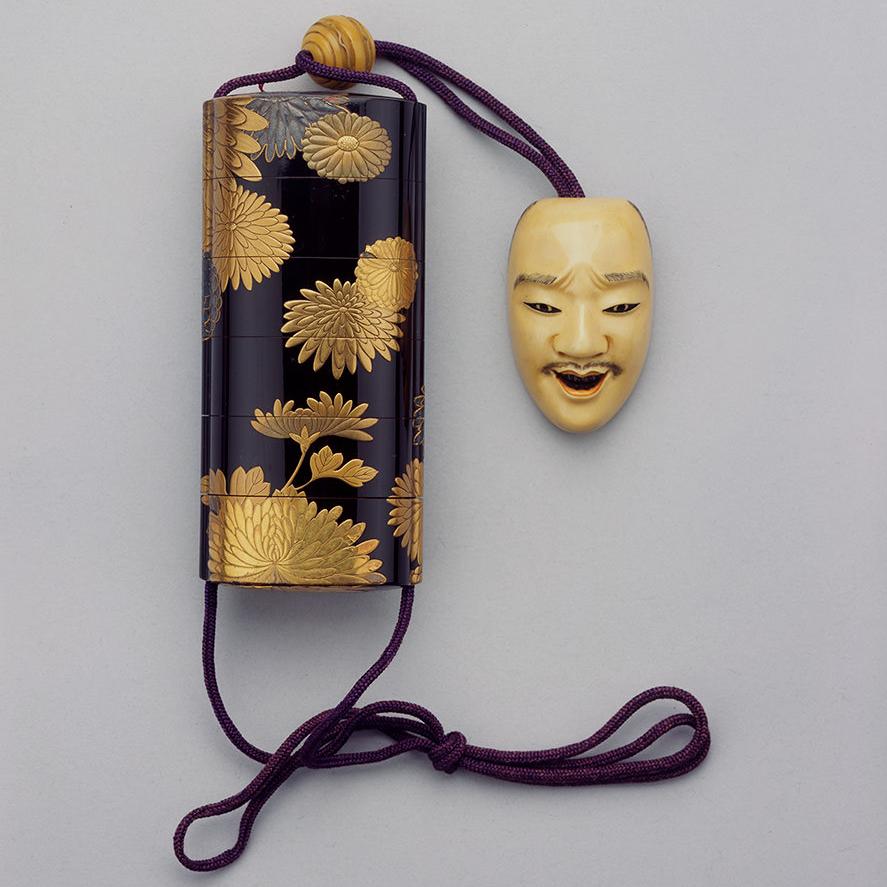 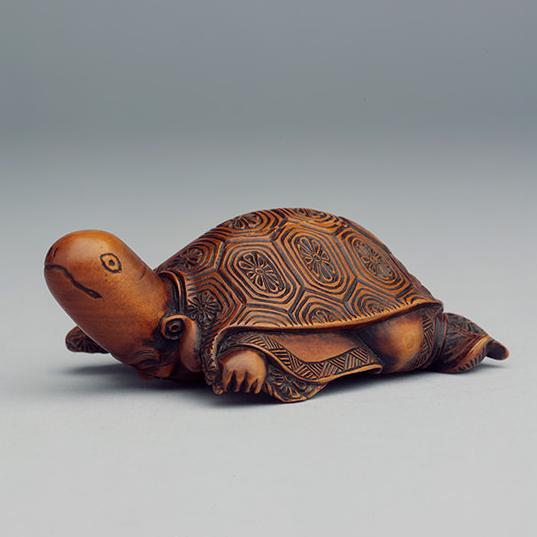 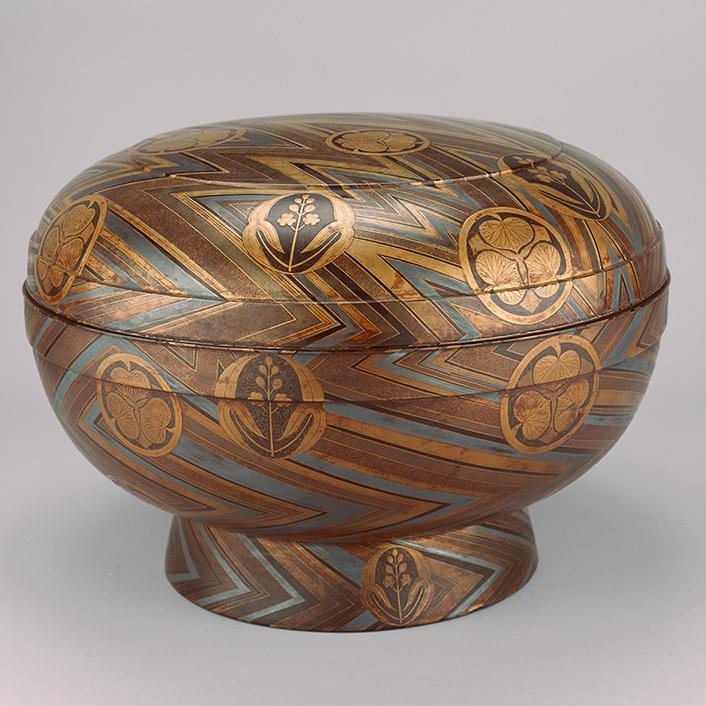 Some of the most interesting materials in the Asian collection are 15th- to early 20th-century Japanese lacquerware containers, ceramics, textiles, and samurai armor and swords.

Research in the Anthropology Collections

The Division of Anthropology collections are actively integrated into the education and research mission of the Yale Peabody Museum and used in Yale University teaching, graduate and undergraduate student research, exhibitions, and public programs.

The anthropology collections reflect the development of scientific archaeological and anthropological research. Scholars affiliated with the Peabody helped found the Archaeological Society of Connecticut and the American School for Prehistoric Research, which focused on European archaeology.

Museum collections are a resource for interdisciplinary research, often applying new techniques to older collections. Research over the past 25 years have included the following projects.

Collection management initiatives over the past 30 years include: 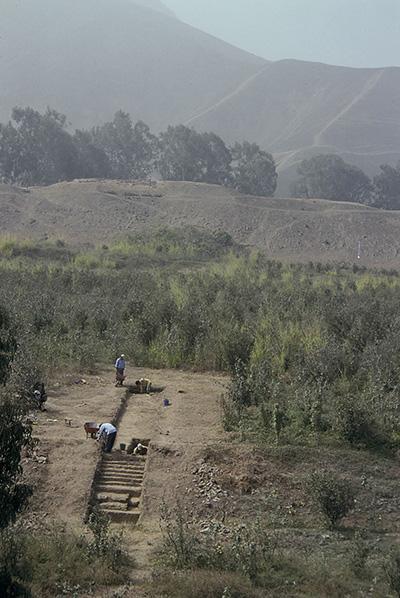 The Native American Graves Protection and Repatriation Act is a U.S. federal law that mandates the return of human remains, funerary objects, sacred objects, and objects of cultural patrimony to lineal descendants, Native American tribes, Alaskan natives, and Native Hawaiian organizations. The Yale Peabody Museum is committed to satisfying both the letter and the spirit of NAGPRA.